It is the next evening, 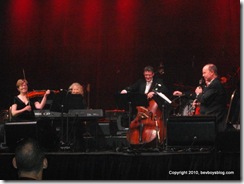 and I have finally had a chance to download the pics from my digital camera to this here computer, that I took at last night’s concert for Haiti.  I thought I’d tell you about the show for a bit.  You know that I do this because I love you, don’t you?

It was a wonderful evening.  Every type of music was represented: Rock, Country, Blues, Folk, Hip Hop, Classical, and some that are hard to categorize.

The highlight of th 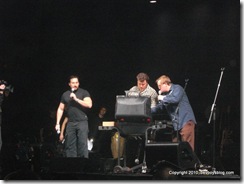 e evening was probably when the Classical Quintet performed a straight version of  Queen’s “Bohemian Rhapsody”. I respect the reasons why one shouldn’t record music at live venues; but just once,I wish I had broken the law and recorded that.  It was magical.  It was funny. We loved it.

The Trailer Park Boys were on stage twice.  The first time they were on, they sold “Haiti hot dogs” for ten dollars each, and then sold the  barbecue for fifty 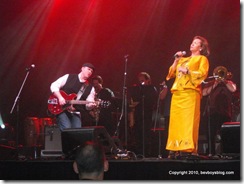 The Trailer Park Boys are a cultural phenomenon, and I have never really understood why.  I don’t really find them that funny.  The 10 or so episodes of the show I have seen, really haven’t done it for me.   Maybe I should give the show another chance.

The lowlight was probably when Peter MacKay w 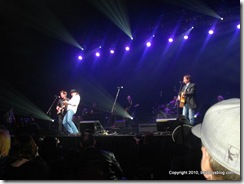 ent on stage.  There was mixed response from the audience.  Some boos, and some tepid applause.  Folks, you don’t have to like his politics.  Nobody’s going to make you vote for him if you don’t want to.   But let’s respect his office.  Let’s acknowledge and accept the fact that he represents the military in Canada and that  he seems genuinely proud to represent them. 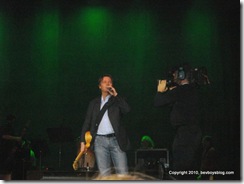 I have met Peter MacKay and I don’t think he’s a jerk or anything.

Who else was on?  Matt Minglewood.  Joel Plaskett and his father.  Bruce Guthro and his son.  Old Man Luedecke.  A duet twixt Charlie A’Court and Linda Carvery which I frickin’ loved.  The Stanfields performed, and not in their underwear.  Dozens more.  My frig, it was a wonderful evening, full of laughter, terrific music, and $139 000 was raised for Haiti relief.

It was a late night, 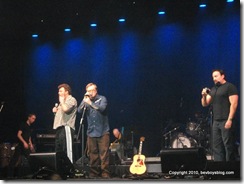 My thanks to the folks who put the show together.

Email ThisBlogThis!Share to TwitterShare to FacebookShare to Pinterest
Labels: Halifax

Where were you? We were right on the floor, 4th row.

It was an amazing show. I'm so glad we went.