Already by that hour, there were plenty of cars in the village and plenty of yardsales were afoot.  Unlike other years, I was a man on a mission.  I wanted a replacement camera bag for the small digital camera I carry around with me, as the bag I have for it has velcro, and the velcro is losing its stickiness.  So, that’s what I wanted.

Patricia got some plants.   I don’t know what they are, so don’t ask.  I don’t really care.  I mean, if they have meat on them, I care, but most plants only contain vegetables, or so I’ve heard. 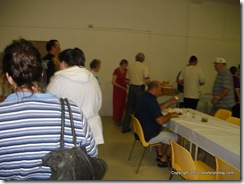 Saw an unusual sight this morning.  It was a fella out walking his cat.  Yes.  His cat.  The cat was in a little harness and he was out walking it.  Amazing.  Newbie won’t even wear a collar.  He’s micro chipped so it’s not a total loss if he gets 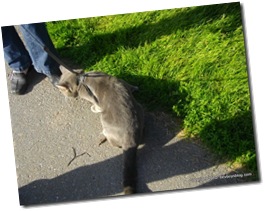 lost, but there is no way he would tolerate a harness.  Cindy Clawford might, but I wouldn’t be surprised if she chafed under the yoke of that particular brand of tyranny.  You know what cats are like.  They’re kind of like women.

What else?   We got a couple of slow cooker cookbooks.  I got a coffee maker that’s identical to the one I got for free about six months 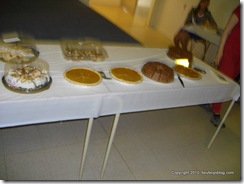 ago.  The one today only cost me a buck.  I got a set of oven mitts, never used, for one dollar.  I got a couple of hardcover books for fifty cents each.  The local library was selling books at that price.  Eclectic stuff.  Got a book about Andrew Jackson’s 1830 or so sex scandal.  I couldn’t resist!  It was only 50 cents, people!!  Work with me.

What else did we get?  I got a set of computer 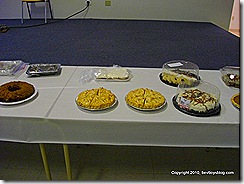 speakers, 2 big ‘uns, for a buck.  I just need to supply a power cord for them.  Patricia got planters for 2 bucks each.  She got some terra cotta plant holders for a buck or two.

My mind is whirling.  Trying to remember what else we got.

We were getting tired after a while, so we were just driving past yard sales, slowly, whilst 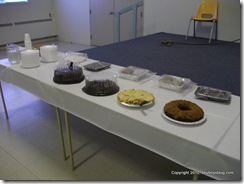 We finally returned to my mother’s by 1:30 or so.  I mowed the lawn, and learned a lesson about manual transmission lawn tractors.  Reduce the choke once you start the lawn tractor, or it might flood on you.  Fine.  I get it.

We had to run a 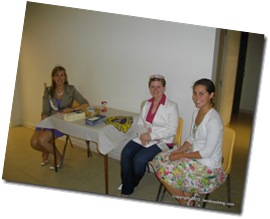 quick errand in New Minas before returning to Port Williams and checking out the meat market.  It is the best meat market in the world.  We love it there.  We dropped off our purchases to my mother’s before returning to Port Williams yet again for the annual supper.   We wouldn’t miss it for the world.  Ham, if you like ham (I don’t).  Scalloped potatoes.  Beans.  Veggies.  Coffee.  Apple juice.  And desserts as far as the eye can see.

I got some pics 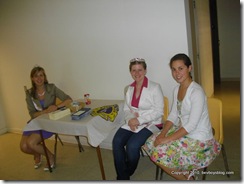 of just some of the desserts that were there today.  Lots more were put out as we were waddling out.

Today’s yard sales and tonight’s supper were especially good.  We had a great time.   We got some deals.  I was able to get my mind off losing my father for a few hours.  And we met some pretty girls at the Port Williams supper.  They’re royalty, actually.  Princess Port Williams spoke to me.  And, later, 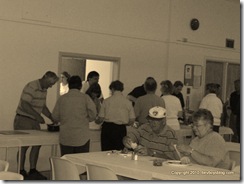 she and some of her bff’s sat down with us.

They asked about my  blog, and what I wrote about.  I told her, “Everything”.  I would have said that it’s a blog about nothing, like Seinfeld, but I don’t think she would have got that reference.  Sigh.  I did give each of those lovely young ladies a Bevboy’s Blog business card.  They did promise to check out the blog.  I’m holding them to that promise!

You know, I can hardly wait until 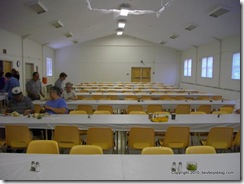 next year’s Port Williams Days!  I hope to see you there.  Don’t let the fact that you may live in the United States or Sweden or something, get in the way of planning a trip here next year.

Email ThisBlogThis!Share to TwitterShare to FacebookShare to Pinterest
Labels: Port_Williams

so you really didn't tell us if you had success with the camera bag or not.....so did you???