Back in post 998,  I wrote  about the  amazing character Everett  True,  a comic strip character from 100 years ago who could be revived today to great effect, and how there is a music critic in England who’s taken over that name.   I have been thinking about that character more and more recently.

No, I still haven’t found a copy of the film “Everett True Breaks Into the Movies”, but here’s a picture of Robert Bolder, the guy who played ET in the movies.  He went on to do films with Gloria Swanson, Douglas Fairbanks, Rudolph Valentino, and many others, and died in 1937. 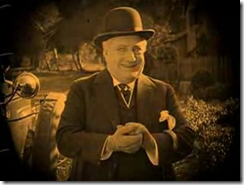 I have a screen saver on this Windows-based computer that displays pictures from my pictures folder.   I will never understand how it “randomly” selects pics.   This evening, the screen saver offered me several Everett True strips. 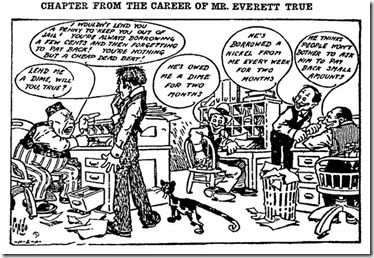 I continue to run into rude people in Halifax.  These are the people who will cut you off in traffic, spit on the sidewalk, panhandle you for your hard-earned money, or speak on cellphones in a voice loud enough to wake the dead.  What fun Everett True would have with these folks.

I know I still have one or two of the Everett True cartoons I wrote in university.  For the sake of being complete, and to put it all out there, I may dig them out and run them here, if you’re nice to me, if you tell me I’m pretty.

I’m not finished with this character, by the way.  I still want to see an ET movie! 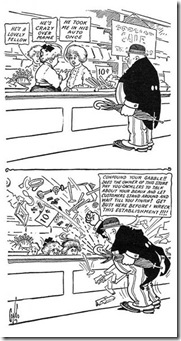 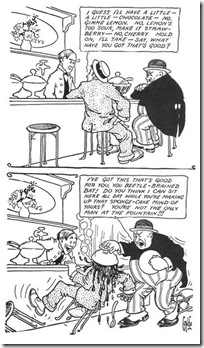 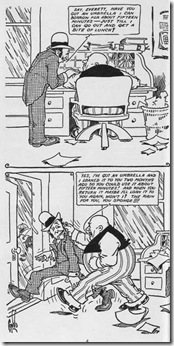 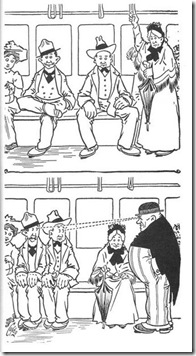 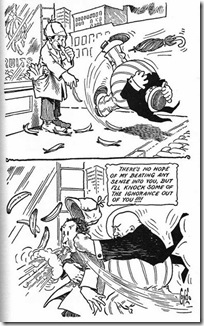 Email ThisBlogThis!Share to TwitterShare to FacebookShare to Pinterest
Labels: Everett_True