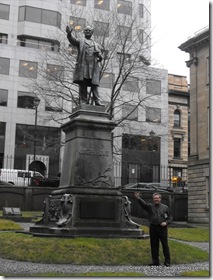 Halifax.  Joe Howe was many things, but is best known for successfully defending himself against a libel suit lodged against him by politicians of the day.  After all that crap, he became a politician himself, and eventually became the Lieutenant Governor of Nova Scotia.  He actually died in office, and I was on a tour of the mansion last year and was in the very room where he croaked.  I mean, died.  How rude of me. 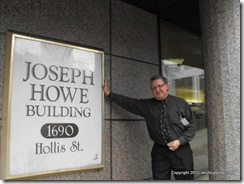 I’m off work on Friday, after an exhausting night at the Wizard of Oz production at Neptune Theatre.  That followed a profoundly shitty meal at Mix in downtown Halifax.  Seriously.  Stay away from that place.

I’ll write something tomorrow.  Back to the Christmas ties on Monday.