Over dinner this evening, I told Patricia that I was going to write a blog post in which I uploaded some pictures of 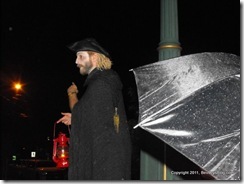 the Wolfville Ghost Walk.  Normally, she wouldn’t care; but this is on the computer that runs Windows Vista.  That OS is so flawed that half the time I use it, it goes into some crazy update mode it takes forever to recover from.  As I said to her, “My balls clench every time I sit down to this machine.”

I was being serious. 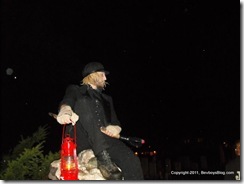 nicely now.  Thank you very much for your concern.)

These pictures were taken last Thursday night, the 15th of September.  It was half raining that evening, which added to the ambience.

These 8 pictures are less than 25% of the ones I took that magical evening.  I don’t have room to show you the pictures of “Evangeline” or the ones of the 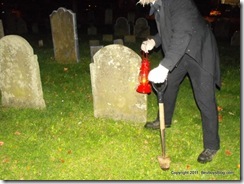 first murder victim in Wolfville.  I am just trying to convey to you that this is the best, most elaborate, most interesting, even fascinating, ghost walk I have ever been on.

I am not paid to state these things.  Jeremy has proved to be nice to me in the last several days, but he knew me not before last week.

Let’s see.  Is there anything I can offer them by way of constructive criticism?  I suppose, 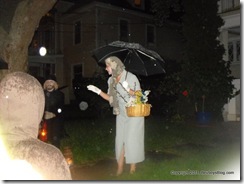 if I had a gun held to my head, I’d say that, as a Wolfville Ghost Walk, why not focus nearly exclusively on stories from that great town?  They did talk a bit about Windsor, and I would have done away with that.  I understand discussing things like Hall’s Harbour and the drownings in other towns that affected folks from Wolfville.  But I recall that some of the Windsor tales were just Windsor tales.  Let them have their 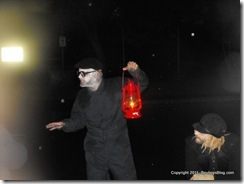 Jeremy and his colleagues have knocked this one out of the park.  I love the Wolfville Ghost Walk in the same way that I love vanilla ice cream and Just Us coffee.

The next Ghost Walk is on September 29th.  As Hallowe’en approaches, more weekend performances will take place.  Tickets are a mere 12 dollars, 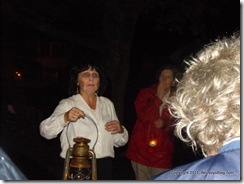 and worth far more than that.

Get your arse down to Wolfville and check them out.

The Wolfville Ghost Walk has the much-desired, but seldom-awarded, Bevboy seal of approval! 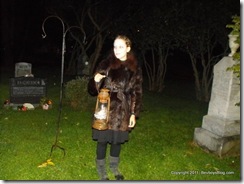 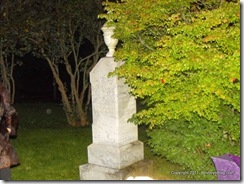