I type these humble, pathetic, sub-par words, on the HP Desktop computer I bought new in 2009.  Until last evening, this was the computer that was running Windows Vista, and which was driving me crazy.  As recently as last evening, it was trying to do yet another update and backout.  No more!

I installed a fork of Ubuntu called Easy Peasy.  I like it a lot.  After the install on Thursday night, it began to download the hundreds of megabytes of updates that had come into being since the software first came out.  Unfortunately, the download speeds around these here parts are so poor that it took quite some time to download them all.  After that, they would automatically install themselves.

So I went to bed.

We got a near-record amount of rain here over the last 24 hours.  It was so intense that the power went off.

Before the updates could be fully installed.

Works much better now, except that Picasa disappeared from the list of software I could use.  I re-installed it from the picasa website only to discover that the it was already installed.  This prodding on my part made Picasa re-appear, as mysteriously as it had gone.  Thanks to Kevin, I instructed Picasa to ignore updates to certain folders on my computer. 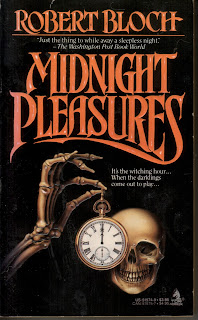 The computer runs so much better now.  It is hard to describe.  I will give one example, though.  I have a fairly old flatbed scanner here.  I don't use it much and don't need to spend the money to get a new scanner.  Getting it to work under Vista was an adventure.  This Canon scanner did not have the necessary drivers to work under that wonderful operating system.  I found that another set of drivers for another brand of scanner was compatible with the ones native to this scanner, so I downloaded them and it worked.

After I installed Easy Peasy, I wanted to scan something in, so I decided to run the scanning software that comes with it.  I did not have high hopes, but much to my surprise, Easy Peasy/Ubuntu knew the exact model of scanner I have and dutifully scanned in the 2 things I asked it to.  It was a simple matter to crop the image.  This was before where I saw the option to specify the size of the image to scan in the first place.  Easy Peasy!

I am including an image I scanned in this afternoon using that cool scanning tool.

I downloaded a new photo management app called F-Spot earlier; and one of the things it's doing is importing all the images I have, copying all the images in my "Pictures" photo to a new "Photos" folder. Don't know why it needs its own folder.  I probably don't need it since Picasa is working again.   It's a puzzler.

Tomorrow will be a busy day.  Hal-Con is here.  I have selected the panels I want to attend and sent a short list of people I want to meet to the media co-ordinator, my friend Shane Wilson.  Looking forward to tomorrow and the next day.

Bevboy
Posted by Bevboy at 7:39 PM