Patricia and I were wondering around Hal-Con Saturday afternoon and I decided to introduce myself to Debbie Rochon, renowned horror actress.   I recorded the following conversation.

Debbie Rochon: Thank you for having me.

BB: What was your first film?

DR: My very first film, I was an extra in 1981 in Vancouver, in a movie called, “Ladies And Gentlemen, The Fabulous Stains”. 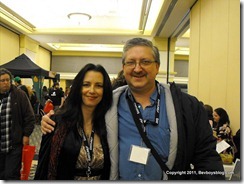 have been 2 years old.

DR: In ‘84, I moved to New York City, and spent 25 years there.  By the late ‘80‘s, I was starting to get Extra work, or Under Five work.  Over the years, I worked up to feature roles, leading roles.  And, now, at this point, I’ve done over mostly Indie horror films.  Underground stuff.

BB: What is the lowest budget movie you’ve ever worked on?  The one where you had to cash the check that day, for fear it would bounce?

DR: Oh, please.  Well, those are 2 questions.  I would say the lowest budget was $10 000.  I want to address the other part of your question.  Never mind cash the check.  I didn’t change quick enough to go down and get my cash.  They were paying everybody in cash before they left.  I ran upstairs, got out of my costume, ran downstairs to get my few dollars, in cash.  They were 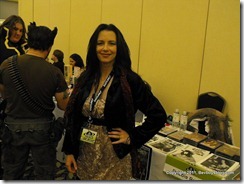 BB: Did that movie actually come out?

BB: You’re in the Screen Actor’s Guild, are you not?

DR: I’m Fi-Core now.  I used to be SAG; but now I’m Fi-Core, which means I can do both union and non-union.  I just can’t get retirement funds and health care, which I wasn’t getting anyway.  But, I was missing a lot of really cool work.  So, I decided to go Fi-Core.  [Bevboy note: Here’s a link explaining the difference between full SAG membership and Fi-Core.  Here’s another one explaining why Jon Voight, Angelina Jolie’s father, went Fi-Core].

BB: You just won an award?  What was that?

DR: Yes.  It was best actress in a short film.  It was a 30 minute film based upon Edgar Allan Poe’s “The Tell Tale Heart”.  It screened at Buffalo Screams 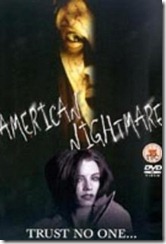 Film Festival in Buffalo.  It was very, very exciting.  It won Best Short, Best Director, Best Editor.  It was a real nice sweep.  It says a lot about the entire production of the short.  I was very proud of it.

[She shows Bevboy a picture from the film, which hasn’t been released yet.  Bevboy forgot to get a picture of it.]

BB: Oh, my God.  Look at you!  You look like Sabrina on Charlie’s Angels.

DR: [laughs]  I know.  It’s like psychotic and flattering, all at the same time.  But, it’s a very, very interesting take on the Poe story.  I couldn’t be more proud.

BB: Do you have any input into your make up, or how you present yourself on camera?

DR: Well, I have a lot to say about what I do as a character.  In a movie like this, I have such an incredible group of people I work with, I don’t need to.  But, sometimes, you must.  Like, sometimes, you’ll find yourself in a situation where it’s just absolutely wrong for the character, not how you could play it.  I’m not talking about the wardrobe or make up artist or the director.  Then you fight for what’s best for the character.  You find yourself 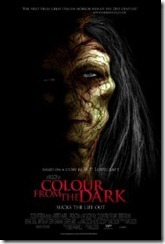 doing that a lot.  In this particular short, everybody was on the same page.

BB: Well, I could talk to you all day, but but other people are lined up to talk to you.

DR: Yeah!  Bring them on!  You’ve got Freddie Krueger behind you.  He knows where to go.  He’s the man.

BB: OK.  One other question.  What film are you most proud of?

DR: That’s a tough question.  I’ll try to be succinct.  “Tell Tale Heart” is definitely one of them, without a doubt.  Full-length feature wise, there’s a couple coming out that are probably going to be right up there.  I haven’t seen them yet.  But, “Color From the Dark” I’m extremely proud of.  It’s based on H.P.  Lovecraft’s story.  It was shot in Italy.  Amazing, amazing work by everybody.  It’s a fantastic movie.

“American Nightmare”... There’s a lot of movies I’m really proud of, but those are right near the top.

BB: Of the DVD’s I see here, which one would a novice to your acting would be the most beneficial to watch? 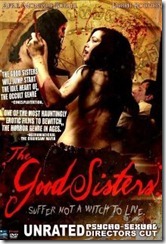 it would be “Color from the Dark”, or “American Nightmare”.  If you wanted to get a quick education on my work with Troma, it would be “Debbie Rochon Confidential: My Years in Tromaville Exposed.”  If you want a Witch Sexy Witchy movie, it would be “The Good Sisters”.

BB: In other words, all of them.

DR: Yes.  There’s something for everybody.  We have a super hero movie.

DR: That’s part four.  I’m in that.  We got a little bit of camp with Gunnar Hansen: Hellblock 13.  We’re together.  I like to think that I have something for everybody.

Bevboy Note: Thank you for your time, Debbie.  If you want to check out Debbie’s website, here is the link to it.

My, but haven't we been a busy Bevboy today! It looks like you have had a fun day!

It was a wonderful day. Sunday was nearly as good, but no interviews came from it.

It would be great if Hal-Con could lead to a revival of Wolf-Con in the Annapolis Valley.

I'm sure it would be great to see a revival of Wolf-Con. I'm not into this sort of thing but I know there are many who are - with you leading the pack among my friends! Glad you enjoyed it!