I am back home from the second day of Hal-Con.  I had a wonderful time. 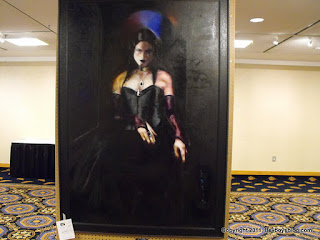 I attended one of the last Hal-Con's, first series, back around 1996.  It was no fun at all, especially since Wolfcon in the Annapolis Valley earlier that year had been so much more enjoyable.  Hal-Con that year was listless with few guests and crappy panels.  The space set aside for the event was one section of one floor of the Lord Nelson Building in the downtown. 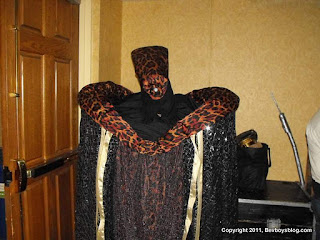 This year, they had 2 floors of the World Trade and Convention Centre.  As sprawling as that space was, there were times this weekend when I could barely move from one section to another.  I am not sure what they will do next year.  If it keeps growing in size, they will have to house the event in yet another location.  Exhibition Park, perhaps?

I was able to meet Robert Maillet and Drakaina Muse and Debbie Rochon, of whom I am rapidly becoming a fan.  She was a great delight to meet, and took the time to speak with me for a few minutes.  It became one of the blog posts for last evening.  I bought one of her dvd's today, and I will probably have to watch it on my own in case Patricia doesn't like that kind of extreme horror film that Debbie does.

I met Mike and the other guys from Where Monsters Dwell, an honest-to-frig radio show that's done out of New Brunswick every Wednesday night.  It's about genre stuff, with a focus on comics.  It becomes a podcast after the broadcast.  I have to check it out!

I sat thisclose to Nicholas Brendon this afternoon, when I went into the media room for a moment to rest my legs.   Remember, I had a media pass, courtesy of my friend Shane Wilson.  One other volunteer told him how much he had enjoyed him in "Buffy", so I said "likewise".  I was told not to ambush the guests for fear of being evicted from the place, or else I would have approached him for an interview. 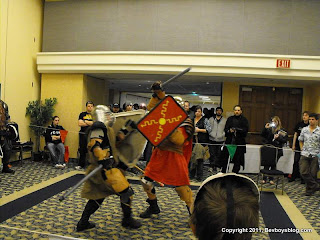 I saw folks in the SCA, the Society for Creative Anachronism.  They're the ones who participate in medieval jousts and fights and so on.  These guys are pretty passionate about what they do, and how they do it.

I saw lots of pretty girls this weekend, too.  These cons are an excuse for young women to dress in a way that is distracting for many men, although those men know better than to do something about those thoughts.

Let's see here. I met the creative team behind "Kills Shakespeare", a very popular comic that I have to try out.  I heard that I'm not the only one who finds The Walking Dead comic book a gasping, wheezing bore, which is vindicating. 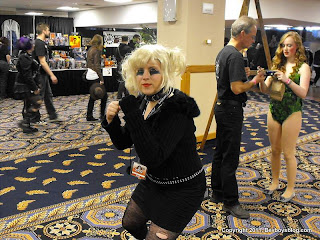 I saw Rhys, the actor who taught the improvisational acting course I took in 2004.  He flattered me by telling me he remembered me.  I got pictures of him dressed as post-apocalyptic druid or something.


I saw my friend Floyd today.  She, of course, is half of the Live 105 morning team, recently voted best morning show by the readers of The Coast newspaper.  Richly deserved, and I had a chance to tell Floyd that today.  She also posed for me, which was kind of her.

And, of course, I attended the Space channel panel.  It was great to see Teddy Wilson, Ajay Fry, and Cynthia Loyst up close and personal.  I managed to sit in the front row and to give a Bevboy's Blog business card to the producer who came here from Toronto.  Monday night's edition of Innerspace will be all about Hal-Con, so you should watch it.  You may even see a certain blogger.  I doubt it, but you never know.

I will wrap this up by stating that Halifax was clearly starved for this type of event.  There are lots of SF, horror, anime, steampunk, comics fans around here, and to see many of them all in one place again, after all these years, was a true delight.  I am already looking forward to next  year's con, and I hope by then to have found a way to get Patricia more interested in this material.  Hope is not lost.

Now, if you'll excuse me, I have a Debbie Rochon dvd to watch. 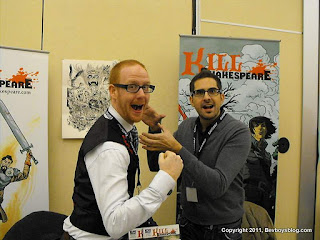 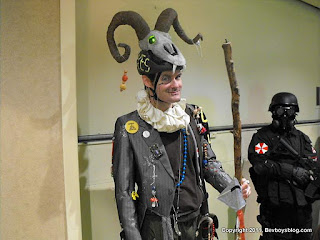 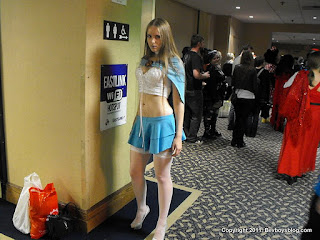 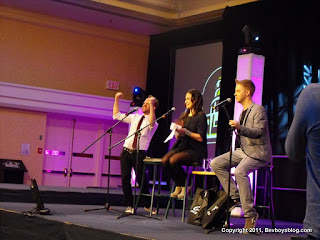 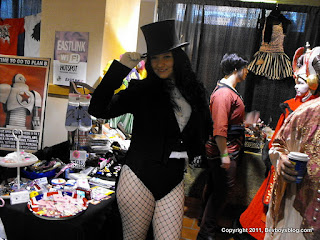 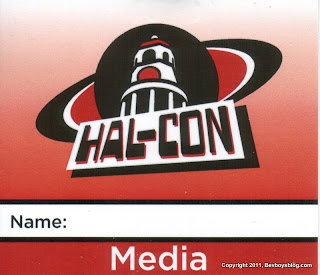 I was just googling the con, to see what I could see and was quite pleased to see my Vorlon on the first page of pictures. Thank you.