First of all, Happy Valentine's  Day, everyone!

I ordered flowers for Patricia last week, and they arrived at her work this morning.  She likes them.  I just tell them every time, "Send her more of what I ordered last time", and they do.  In return, this evening, she made me a grilled cheese sandwich.  It was a really good sandwich, with onions and salami, and two layers!

I just had an observation about glasses, the kind you wear over your eyes to augment your vision.  I have had to wear glasses since I was 6 years old, which wasn't yesterday.  I have become so reliant on them that I need them for nearly everything.  I need them for when I evacuate my bladder.  I need them for reading.  I need them for driving.  When I renewed my driver's license 2 years ago, I was asked if I wanted it specified on the license that I must wear "proper visual correction".  I told the clerk that she could put it on there if she wanted to, but that I was going to wear glasses whether the wording was present or not.  She nodded knowingly, and didn't bother to add that phrase to my license.

This sets me up for my mini rant.

I don't get it how people who don't need glasses for everything, treat their spectacles.  They place the lenses on top of their head and walk around as if they had a second pair of eyes up there.  Civil rights attorney William Kuntsler did this for several decades.  He'd wear his glasses on top of his head and them bring them down over his eyes like a visor when he needed them for some reason, like this: 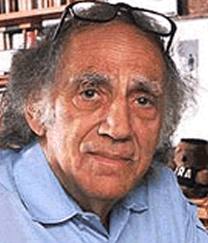 If you can find me a picture on the internet of Kuntsler actually wearing his glasses, I'll give you a big kiss, especially if you're an attractive woman of child-bearing  years on the rebound after your latest failed relationship, and about to ovulate.

Other people fold their glasses up and carry them around in their hand, getting sweat and hand grease all over them.  They can never keep them clean.  I don't know how they can manage when they do wear them.

And, my very favourite, something that happens in movies all the time, but never in real life, not even once.  A man is having a conversation with another person.  The first man makes some kind of point. The second man, wearing glasses, to emphasize his own point, snatches them off his face and says something like, "You don't say?"

Here's an example of this:

In my nearly 48 years on this planet, I have never seen the above happen.  People who wear glasses all the time, need to.  We don't take them off except at night when we go to bed.  Why do these silly actors and screen writers get this wrong?  Don't they ever wear "proper visual correction"?

In the world of 7 billion souls, hundreds of millions of us wear glasses.  We don't want to, but we do.  It is a curse of myopia, of our genes, of the eventual macular degeneration which will eventually make the books in my house suitable only for wiping my nose after a good sneeze.  Why do people continue to make fun of us, mock us, ridicule us, for something that's not our fault?  And, why do the folks who don't need glasses very much, bother wearing them in places other than in front of their eyes?  Or carry them around to attract dirt and dust and grease?  What the frig is wrong with these people?  Makes me want to kick their ass.

As soon as I can find my glasses, that's exactly what I'll do.

Bevboy
Posted by Bevboy at 6:01 PM

Email ThisBlogThis!Share to TwitterShare to FacebookShare to Pinterest
Labels: Rant