Welcome to 2009, ladies and gentlemen!

You'll be happy to know that by the beginning of 2009, I had a pretty good digital camera.  As with any new toy, I played with it all the time.  I took a few thousand pictures in 2009.  I will include a few here.

The blog was very busy in 2009.  I interviewed  Chris Mills, Denyse Sibley (still one of the most popular blog posts ever!), Tom Bedell, Moe Dunn, Peter Duffy (former columnist for the Chronicle Herald), Ian Robinson, Darrin Harvey, Nikki Balch,  Pat Connolly, Don Tremaine, Frank Cameron, Bob Powers, and Clive Schaefer (which has never been published).  Some of those interviews are quite long.  I am not sure why I was able to produce so many interviews back then, and only a few in the last couple of years.  And I haven't conducted a single interview yet in 2012.

In the Spring, I arranged for my work to participate in the annual Bowl a Thon for Big Brothers/Big Sisters.  I don't know why we haven't mustered a team in the last couple of years.  But I took some pictures that day, and here is one: 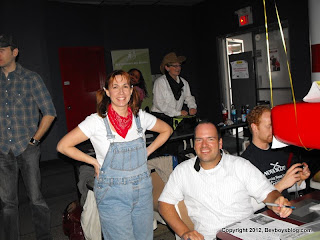 One of the people in this picture is a regular Blog reader.  Hello, my friend.  The other one, should be.  Let's work on that, shall we?

I got my bathroom shower replaced in 2009.  You have heard of Bathfitters?  They advertise on tv all the time.  They come to your house and measure your current bathtub and shower.  They show you what options are available and the cost thereof.  At an appointed date and time, they send a guy to your house who rips out the old shower, right down to the insulation in the wall, replaces everything and builds a new shower.  He will also cover your old bathtub, but mine didn't need that.  It was an expensive day, but the shower is so much nicer with the built-in shelving and the new wall that won't allow moisture into against the new insulation.  Bravo. 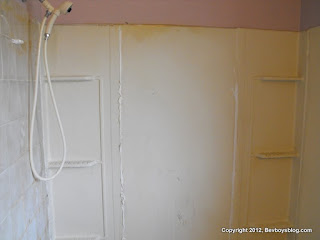 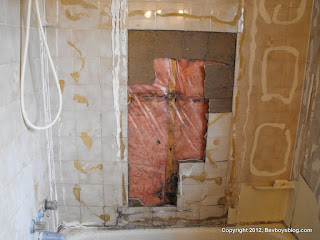 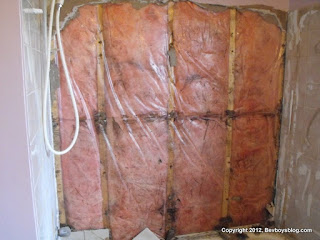 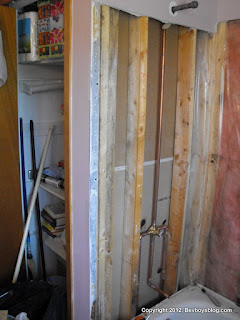 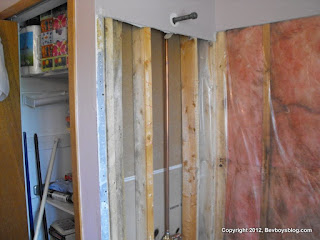 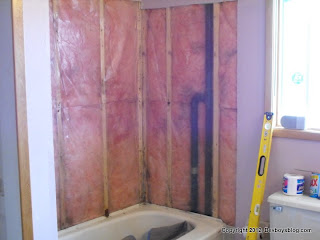 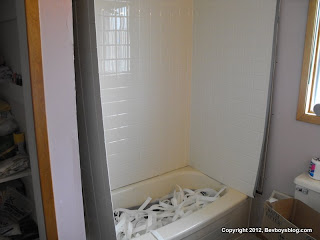 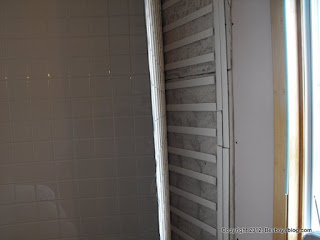 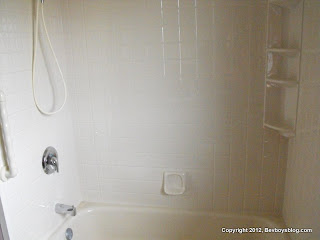 Those early pictures are pretty gross, aren't they?

In March, Patricia and I attended a concert at the Rebecca Cohn called Tunes for Troubled Times.  Held during the height of the financial meltdown, these were songs of the Great Depression of the 1930's.  What a wonderful evening.  I have been to many concerts in my life, starting with The Irish Rovers when I was 12.  I swear to you, I have never enjoyed any concert, any live performance, more in my entire live, than I did Tunes for Troubled Times.  The music was so enjoyable, performed by so many people, that I continue to lament the absence of a cd of the show.  It was recorded by the CBC and run several times; but it has long since disappeared from their website.  More's the pity.

My dad's health continued to decline in 2009.  I am not going into the details.  But in looking at the pictures I took of him in '09, it is clear that he was approaching the end, and that he was barely photographable.  I will not share those pictures here.  As recently as June of 2008, when his granddaughter graduated high school, he looked comparitively robust and strong.  Less than a year later, he was not.

On June 4th, 2009, Dad turned 78 years old.  As it turned out, he did not live to see 79.  Sensing it might be his last birthday, I took a vacation day and decided to surprise my folks by driving down to the Valley for the day and take Dad and Mom out to lunch at the Old Gummer's Restaurant, better known as the Big Stop in New Minas.

I had just bought a small camcorder, which I still use for the blog interviews, and got our server to film me singing happy birthday to my dad.

Here it is, in case you want to see it:

We had another vacation in Pictou County in 2009.  The trespassers were starting to make their presence known, and their sense of entitlement began to get on our nerves.  It never ceases to amaze me how people who trespass always live next door to people who can't abide what they do.

A regular reader of my blog, and this year in review series in particular, is my good friend A.J. Thomas.  He is a local minister who appears on News 95.7 from time to time extolling the virtues of Christianity.  He was in my TM club for a time, and I wish his life would change enough to enable him to return.

Anyway, on May 27th, a bunch of us went out after the meeting was over and grabbed some grub at a local pub.  A.J., ever the mischievous guy, took his plate, and some ketchup, and some pepper, and made the following figure: 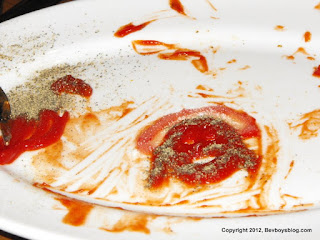 Usually, people see Jesus in the sap on a tree, or in a puddle.  A.J. saw him on a dinner plate.  Go figure!

Christmas finally came.  Dad had been in the hospital.  He signed himself out of the hospital and came home for what would be his final Christmas.   He would always tell us stories about growing up and his younger days in the Valley.  This usually was on Christmas day.  In 2009, I recorded most of that stuff, and I am mighty glad I did.  The stories were always fascinating.

I will tell you about that tomorrow.

Bevboy
Posted by Bevboy at 6:29 PM