These pictures were taken at the C100 studios, the same place where I was last week with the Breakfast Club.  I almost feel like a member of the staff by now. 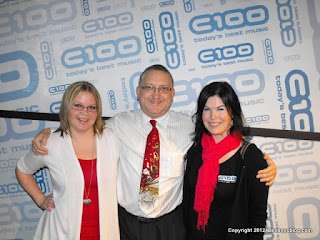 I am posing with the lovely K8 and the equally lovely  Deb Smith.  Deb and I go way back.  I remember when she first joined CJCH in... '96?  She was a Production Assistant to Brian Phillips back when he was the host of the much-missed and much-lamented Hotline.  He was the host from March 6, 1995 until the end of November, 1998.   In case you were wondering.  And you weren't.  Never mind. 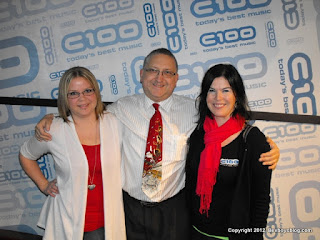 My very first blog interview was with Deb.  It sucks.  Royally.  But it has nothing to do with Deb; it was just my poor interviewing skills and my stupid idea to use a BlackBerry to record the thing, only to discover that its microphone was too poor to do the job.  I have never trusted the voice recorder feature on any BlackBerry ever since.  I think I am a bit better at this interview thing now.  I still promise to make it right with Deb with a proper interview.  Let's do this in 2013. 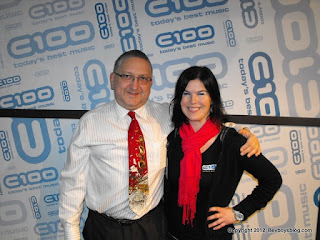 K8 was interviewed by moi in 2011.  I think it went over very well, but you can judge for yourself. 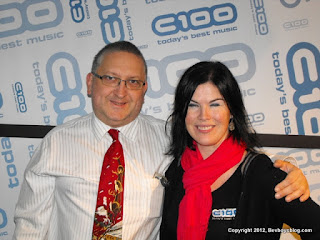 I know that K8 and Deb are both very busy.  I appreciate the time they were able to give me.  And I wish them every continued success. 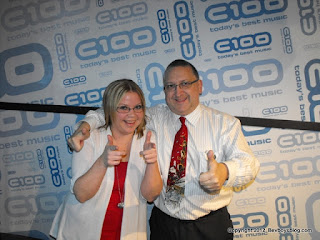 I have an observation.  You will notice that K8 and Deb stand akimbo a lot.  Which means that they put at least one hand on their hips.  I have always wondered why women do this.  Many, many times, I have seen women have both hands on their hips, thrusting their front forward in the process.  I can't imagine that this is comfortable.  I tried it just now, and nearly threw my back out.

I see women do this when they are talking to other women or to men, or to children, or to pets, or livestock, or plants, or even paramecia (also spelled parameciums).   It is just something that women do.  Why?  Is it a natural, comfortable stance to assume?  Is it an instinctive thing that they do without thinking about it?  Am I over thinking this?  Should I shut up now?  What day is it?  Is it nice outside?  What are you wearing? 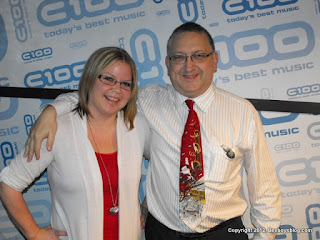 Three days left in the Fifth Annual Bevboy's Christmas Tie Extravaganza.  I know what I will do for Wednesday.  Thursday has been booked.  It's just Friday where I have nothing planned just yet.  Seat of the pants time. 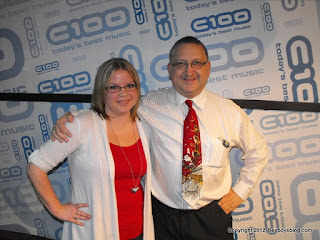