I have been withholding this information for about a week now.  It finally happened this afternoon. 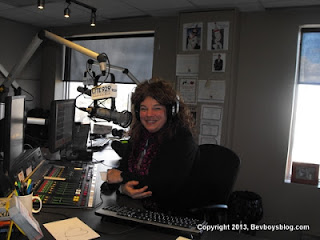 My friend Katey Day invited me to visit her in studio today as she did her final show at Lite 92.9 in Halifax.  Pretty cool. 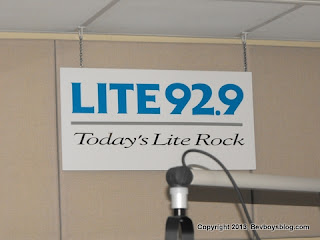 I arrived there around 3pm.  I was ushered into studio where I got a ton of pictures.

Katey was getting a little emotional while I was there.  She had had a wonderful experience at Lite 92.9 for more than two years.  She was only leaving to concentrate on her upcoming rock opera, which she has been working on for a few years now.  I'm sure she had mixed feelings about leaving.


At one point, she began to clean out her drawer.  She showed me a set of headphones given to her by Mike Cranston, who was instrumental for getting her back on the air after some 20 years.  She had very kind things to say about him.  And, yes, Mike Cranston has consented to an interview with me.  I must contact him soon and do this.  It will likely take a month to talk about his career. 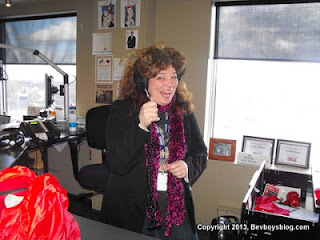 Around 3:45, she announced her farewell to her listeners.  By 5pm, she was out the door, having voice tracked the last two hours of her final show.  She will remain on the air, via voice track, for at least part of this weekend.  She doesn't know who will be there come Monday afternoon; no announcement has been made yet as to who her successor will be. 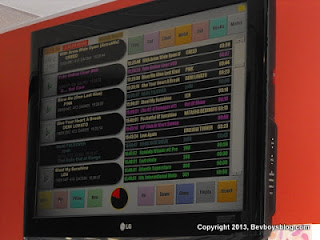 Katey has always been kind to me, and her special kindness today, when I was able to document part of her final show, and get a piece of her farewell cake, and meet some of the folks at News 95.7, will not be forgotten.

In the following pictures you will see Brynn Langille and Scott Simpson.  Scott is an original staffer from News 95.7, which went on the air in October of 2005.  Brynn has been there for a matter of months.  Scott is the weekend host of Maritime Mornings.   When I asked him if he would be the permanent host for the program, he was a little evasive.  I guess they haven't made a final decision yet.   He succeeded Erin Trafford on the program; Erin is now a reporter for Global TV here in Halifax. 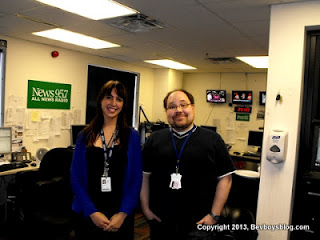 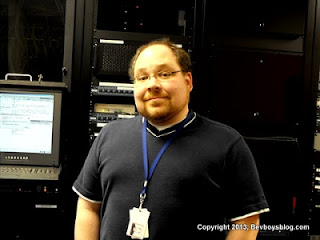 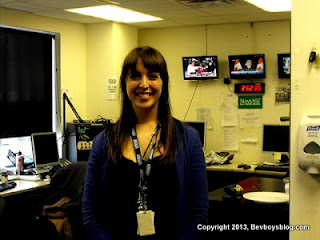 I shot some video this afternoon.  It may be a little rough in places, but I decided to run it anyway.  If you have ever wondered what radio folks do in studio during those long music sets, wonder no longer. 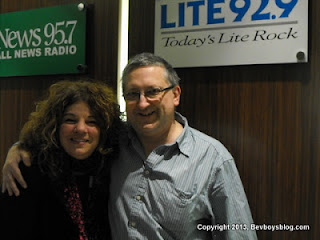 Katey, my very best to you as you work on your rock opera.  I can't wait to see it.  And I can't wait to hear you back on the radio again.  I am glad you said adieu to radio today, and not au revoir.   I hope our paths cross again, and very soon.