Well, today, I had lunch with the lovely Floyd from Live 105.  She says hello.  And, rather than drive to the north end from the downtown like I had to do for years, I was able to walk to the cafe in mere minutes.  I am loving the north end of Halifax, folks!

(Yes, I know.  A guy named Beverly had lunch with a girl named Floyd.  Stranger things have happened.  Get over it.) 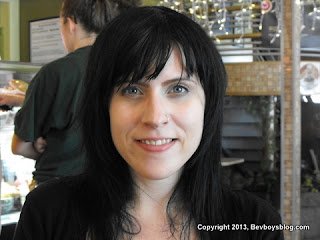 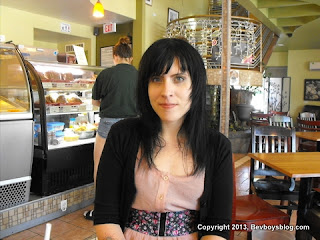 I hadn't seen Floyd in about a year.  She has lost weight.  Her new gluten-free diet is agreeable with her.  If I were single, 20 years younger, were interesting, thinner, drove a nice car and had all my teeth, I might have a chance with her.  At least my hair remains fabulous. 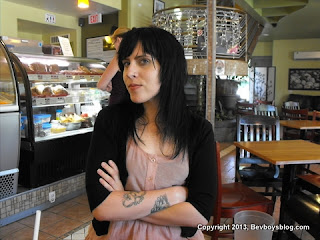 We talked about the latest radio rumours.  I think it is safe to conclude that KOOL FM in Halifax is an endangered species*.  Get your Casey Kasem fix in while you can.  By Monday, you will have to get a satellite radio if you want to hear hoary old chestnuts by Diana Ross and the Supremes, Stevie Nicks, or Elton John.  Which is fine with me.  As I was telling Patricia this evening, when "The Edge of Seventeen" was a hit, I WAS seventeen.  Time to put these old songs to sleep.  Take them out behind the woodshed with your 30-30 Winchester rifle.  Boom!  Dead. 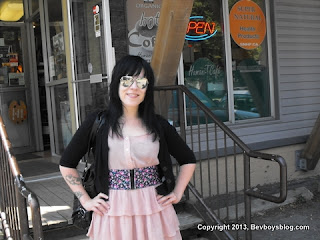 *You know, I have always wondered why people refer to any animal or thing as an endangered species. Why not an endangered Kingdom, Phylum, Class, Order, Family, or Genus?  But I digress. 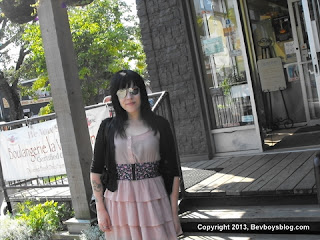 Let me see here.  She's hoping that Jeff Cogswell will be feeling well enough to return to work on at least a part-time basis.  He is improving every day.  Great news.  We miss the old guy on the air.  Live's ratings are going through the roof, improving in every demo, to the detriment of some veteran stations in the market.  That's one reason why you'll see some changes in the Halifax radio market in the coming days.

All too soon, my lunch hour was over.  I had to return to work, and Floyd wanted to spend some time with her boyfriend while she was still on vacation.

Floyd, I hope it is not another year before I see you again.  You were a delight to be with, and I hope we can do this again soon.