We are back home from our dinner with the lovely and talented Megan Edwards. 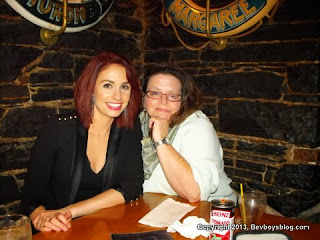 She was a bit delayed because of an interview she had had to do for CTV Newsnet.  That is the most creative excuse I have ever heard.  I must try it sometime.

It was very nice to see Megan again.  She is even more beautiful than she was the last time I saw her a few years ago.  Vancouver has clearly been good to her. 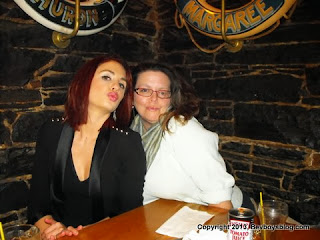 Anyway, Megan and Patricia finally met  face-to-face.  They seemed to get along quite well.  Megan spent the hour or so we were together catching us up on her life changes.  For one, barring some kind of miracle, she will never live in Halifax again, even though she is from here.  She fancies herself a larger city person.  And, let's face it, the opportunities are far more plentiful there than here.  It has ever been thus. 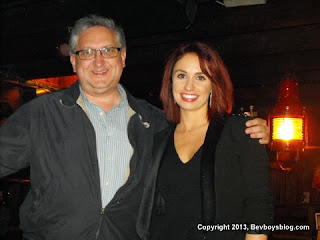 Before we ate, Megan promised that she would not say that she had to pee.  This is a reference to a story I have told many times where she announced a desire to urinate after our first meeting in 2010.  It has always drawn a good chuckle, each time I have told it.

She talked about how she met her current boyfriend, a member of Mariana's Trench.  It is interesting how things work out, isn't it?  If she had left Z earlier than she did, she would never have met the man.  By being laid off, she was able to get a severance package and use that cash to move out West and kindle the relationship with the man of her dreams. 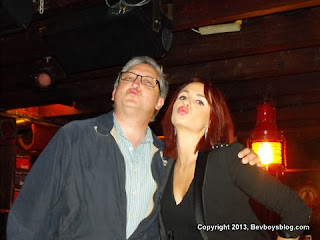 Of course, I got some photographs.  I hope you like them.  I hope you agree that I can pucker with the best of them.

Oh, and I was the one who had to pee before we left.  TMI?