It’s the end of the first week, folks. Booyah! Only another couple of weeks in this year’s Christmas Tie Extravaganza! 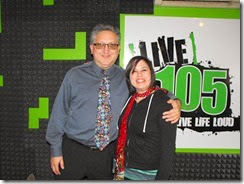 These pics were taken in the last hour or so, once again at the Live 105 studios on Cogswell Street in Halifax. I was actually about 2 minutes late, not knowing about the construction work there. I had to drive around the block to find a parking space, and ended up right in front of the police department. Never felt so safe in my life. 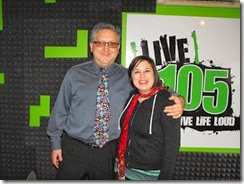 I am posing for 10 different shots with the lovely, talented and terribly shy Courtney Amirault. She goes by “Courtney A” on the air, and I have now outed her by revealing her last name. (If I had a moustache, I would be twirling it now.) She reads the blog all the time, so she is one of my 4.7 acolytes. It is always a pleasure to get out there and meet my adoring fans.I had wondered who the person reading the blog in Medicine Hat was, and now I know. 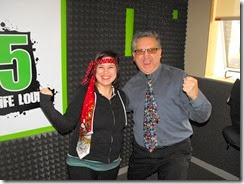 I really had to draw Courtney out of her shell. You can tell in the pictures. Her retiring self is such that I was worried that I might get not anything usable. With great effort and tremendous patience, I managed to get her to relax and pose with me. 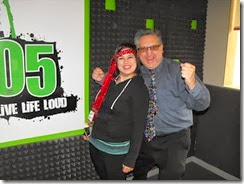 Normally I only put up a couple of pictures from any given “shoot”, but I put all of them up on my Facebook earlier, and I am choosing to do the same here. All the Christmas tie pictures are here, but I am holding back a few other shots that I will drop in to future interviews where she is mentioned. And, yes, she has agreed to an interview for early in the new year. 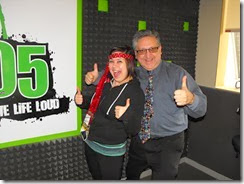 Which reminds me to finish transcribing the Mike Cranston interview from many months ago. Soon! Very soon! 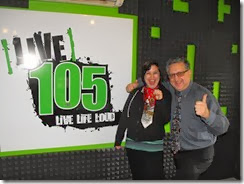 Courtney, thank you for your time. You were a pleasure to meet, and I look forward to sitting down with you and finding out about your career and professional plans. 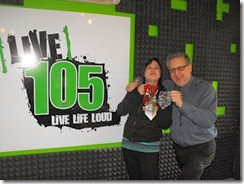 One thing I forgot to ask Courtney about. She’s from the Pubnicos. There is a guy from Lower East Pubnico who’s a regular guest on Information Morning. His name is Laurent d’Entremont. He apparently drives a really old car, but when he’s on Info Morning, he always finishes his talk by telling a joke. They’re really not that funny, but he tells them with such verve and enthusiasm that he ends up winning us over. I wonder if Courtney knows him, or knows of him? I ask because he is apparently a big Hank Snow fan and has stories to tell about him. 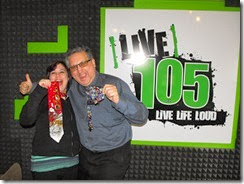 The Christmas ties will resume on Monday. But fear not, effendi. There will still be fresh Bevboy’s Blog content all weekend. I can’t let my 4.7 readers down. 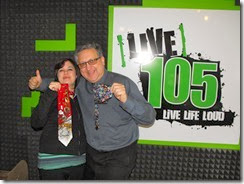 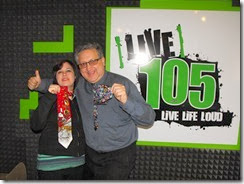