Hello, my lovelies. How are you feeling today?

I spent a few hours this weekend sifting through hundreds of old vhs tapes, putting the vast majority aside to go into garbage bags, and the small minority being kept until such time as I could digitize their contents. I have quite a few old radio shows that I have recorded over the years, things that were only broadcast the one time and can never be heard again.Having them in a digital form would be very nice.

The ones I didn't want went into the afore-mentioned garbage bags. I dragged 7 bags of them upstairs and across the hallway to the front door. I stuffed all of those bags into the back seat of the car until it resembled the contents of a homeless person's shopping cart. By this time, my back was killing me. Patricia and I decided to drive to the Otter Lake landfill, not far from Casa Bevboy, there to get rid of the crap that had taken over two thirds of my car.

I had not been there in several years. We saw the sign that told us to report to the weighing station. Of course, I took a wrong turn and ended up at the place where you actually dump your stuff you don't want any more, which you are not supposed to use until you have submitted your shekels to the person at the weigh station. We could even see someone in the weigh station waving her hands at us (with all 5 fingers) in an effort to beckon us over.

Drove down the little hill and hung a right, but it wasn't the right right (if you catch my drift), so we ended up by the big bins where garbage goes.  Returned to the road and hung another right, but had to back up a bit because I couldn't make that sharp a turn.

I had thought it was just 5 dollars or so. A ten dollar bill should have been plenty.

The lady at the weigh station, whom I will identify later, had a good chuckle over my inability to drive to the weigh station. She then informed me that they required a 20 dollar deposit before you unloaded anything. They would pay you back the difference afterward. This was because some folks had lied about how much stuff they had to dump, and threw out some much stuff that the cost would have exceeded the 90kg for 5 dollars price.

The problem was, I only had 10 dollars on me. Patricia had no cash on her. The lady at the weigh station, whom I will identify later, told me where the closest banking machines were. We already knew where the damn things were.

We went  back into Timberlea and into Bayers Lake to get a snack, and some cash, before returning to the landfill. This time I drove right up to the weigh station without making a mistake. I shelled out the 20 dollar deposit, drove over to the second parking space, and got rid of the garbage bags full of vhs tapes and so on.

We returned to the weigh station. There had been 90kg of things tossed out, based upon the new weight of the car, which was below the threshold of 100kg, where the cost would be higher. The cost was therefore 5 dollars. I had to pay 20 dollars so that I would only have to pay 5 dollars, if you catch my drift.

We chatted with the lady at the weigh station. She was amusing enough that I decided to give her a Bevboy's Blog business card.  She took one look at it and her face lit up. "I know you!", she exclaimed. Turns out that Ms. Jeannette Chisholm is a regular reader of mine, and I didn't know it. Some folks read my posts, share them on their Facebook, and people reading those posts share them again. Somewhere along the way, Jeannette discovered me and the blog and became a regular reader. 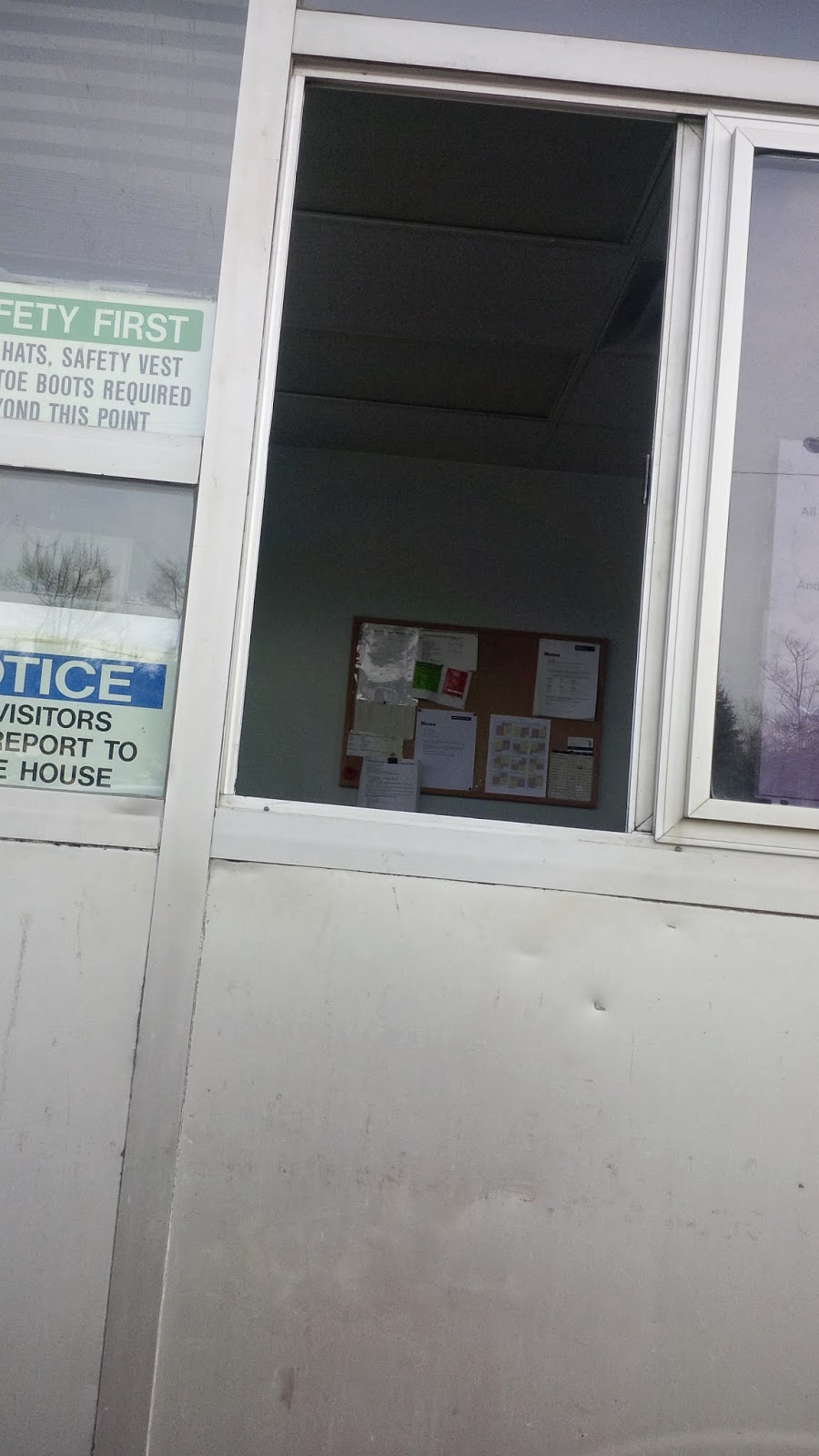 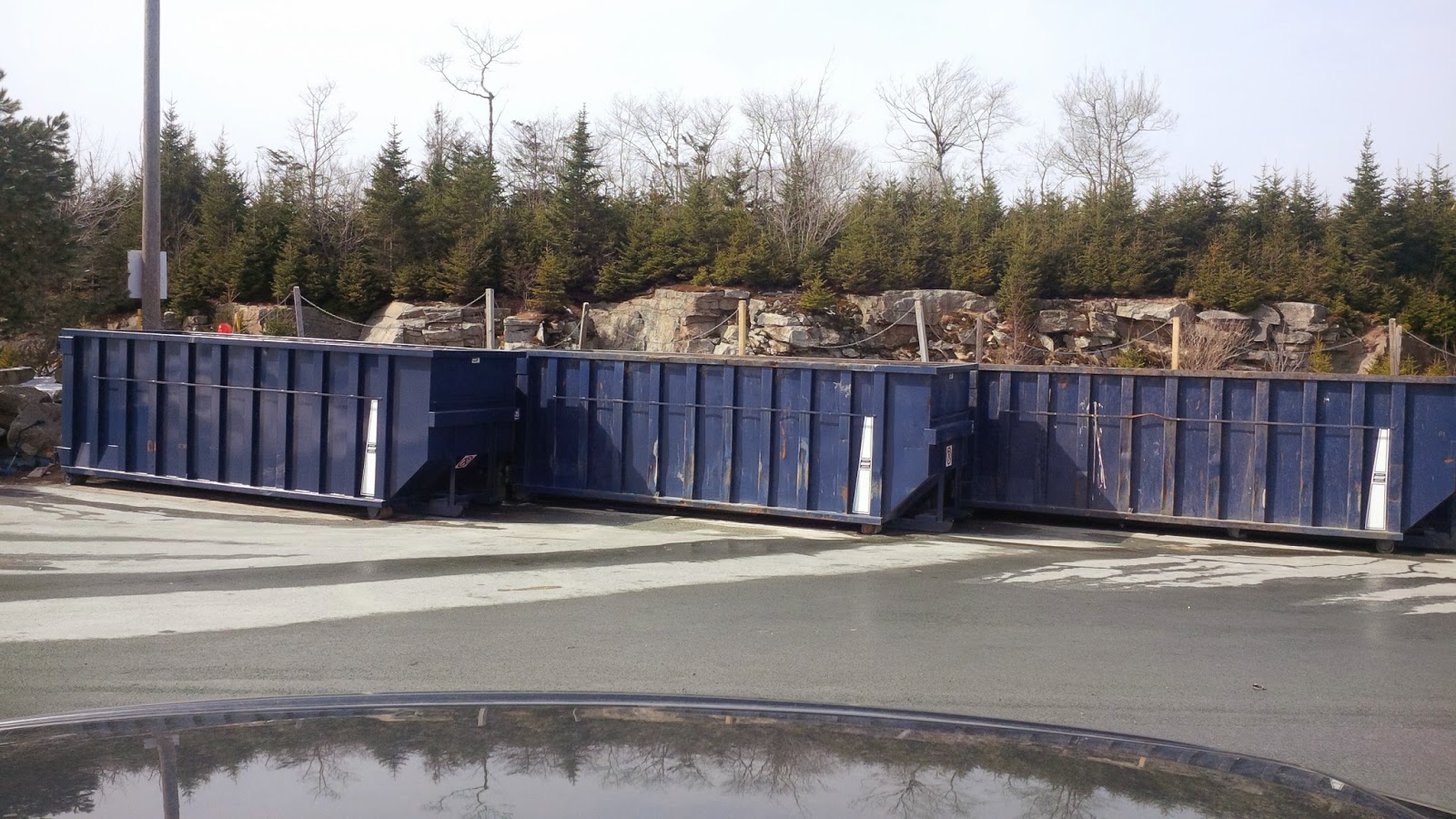 She told us some funny stories, most of them involving men who go to the wrong road and don't end p at the weigh station, much like I did. One foolish dude, having left the weigh station to drop off his garbage, drove to the side of the bins facing the weigh station, and then complained that the couldn't throw the refuse high enough to get it into the bins. He was gently told that he was on the wrong side, that he would have to drive up the little hill to the parking lot and then throw stuff out, as he would then be standing over the bins and could just lug the stuff from his car and drop it in the bin. He felt like a dummy. Which he was.

Jeannette was so happy to meet me, and to get the business card, that I gave her a bunch more to share with people on her upcoming trip to Montreal and her co-workers at the landfill. I have many thousands of these business cards, so I can afford to be generous with them. 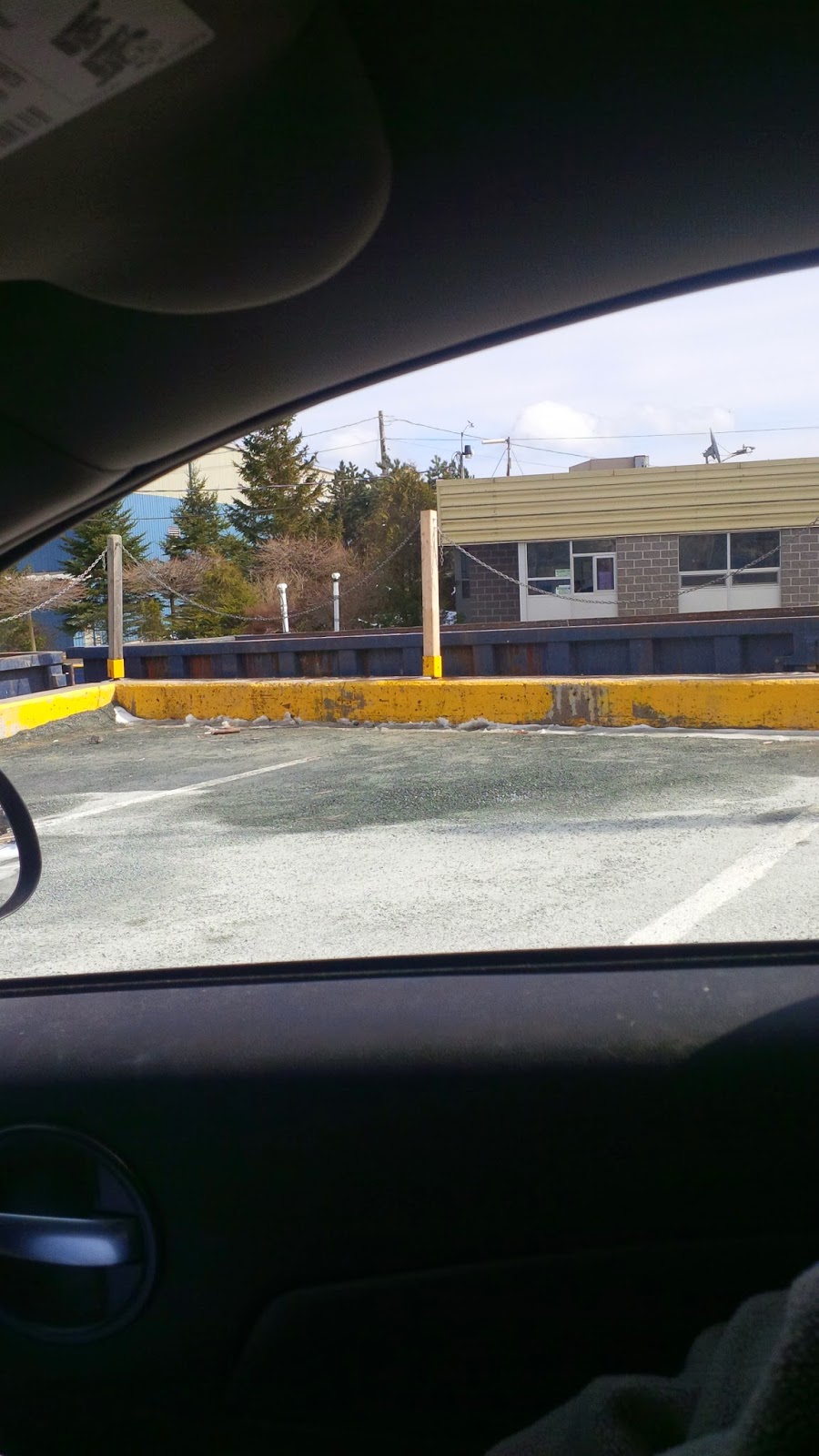 She told me enough about the blog posts to tell me that she prefers the radio posts, and remarked that she also finds many of my posts to be funny. I don't know which ones she found amusing. I just pray that it was a post that I intended to be funny.

Jeannette would not pose for  a picture with me. But I did get some pics as you can see.

We parted and returned to the house. My back was killing me. Jeannette had offered me some advice to help my back, but I had some prescription-strength anti-inflammatories and took one of those instead. I washed the dishes and made my way back to the recroom, where I have been ever since.

I am not sure where I am going with this. It is always a pleasure to meet someone who reads this damned blog. I try to put something out every day, and it is reminiscent of throwing messages in a bottle out in Halifax harbour. I have little way of knowing who reads the things and no control at all over who does. I can see that I get a certain number of hits, but not who actually reads the posts, save for the 4.7 folks who tell me that they read it. Putting a face and a name to one of my readers is something that I can never get tired of.

One thing I would love is for everyone who reads a given post, such as this one, to let me know they had read it and what they thought of it. You can let me know via a comment on my personal Facebook page, the Fans of Bevboy's Blog page, a reply to my twitter @bevboy0223, or via a quick email to this address.  I mean this. I want to hear from you, and let me know what you think of my humble blogging efforts. I get surprisingly little feedback.

Thank you in advance. I thank you. Patricia thanks you. And Newbie thanks you.