Hey, folks. Hope you had a nice weekend.

I was at my mother's for a day and a bit. As usual my mother wore me out after taking her shopping for a few hours.

She was delighted with a capital F to receive the Shirley Temple autobiography and has already begun to read it. She is disappointed, however, that the people reading this didn't tell her about the gift.

So, having enjoyed my weekend down there, I return to the city on Sunday afternoon and encounter the worst possible news.

My ghost writers have quit.

"Ghost writers", you say. "What the deuce is going on here?"

You didn't actually think I wrote all these blog posts, did you?  Did you?  Well, did you?  Around post number 300 I started running out of ideas, so I reached out to some friends of mine, below, and asked them to help come up with blog posts. They would initially write a rough draft, which I would read over and edit and polish for publication.

As the years passed, I came to trust my "ghosties" more and more, until it reached the point where I could rely on them to produce quality blog post after quality blog post, day in and day out. I'd read the published posts in a batch. If I had a problem with any of them, I would ask for a quick change. If I felt that they had written too much about one subject, I'd get them to lay off it for a while and write about something else. It was a system that worked well for me. 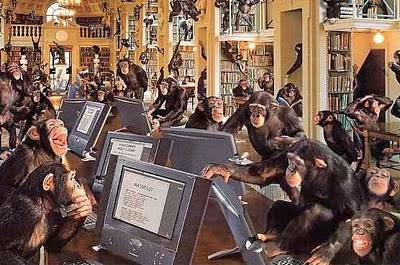 The last few weeks, I am saddened to report that they have let me down, over and over again. Things came to a head this weekend when I returned home and discovered that there had not been fresh posts here since Friday. Many other deadlines had been missed. And on more than a few days, the blog posts were poor. How many pictures of Newbie are you supposed to endure, anyway? My goodness.

I got on the Ameche and called the head ghost writer, Pierre, to find out what was going on. He became quite belligerent, sputtering something about outright transparency. He passed the phone to Kevin, who was more reasonable. At least I could understand what he was saying.

The upshot of it was, we had a meeting that ran until late in the evening. My ghost writers need a break. After 6 years or so of writing the blog pretty much on their own, they are stepping back. That means that Pierre and Kevin and Steve and John and Sherry and Jane and Gale and Adam and  Elliott and David and Amber and Chris and Robert and Matthew will no longer be producing the blog posts. I thank them all for their years of service.

Which brings me to you.

I have decided, at least in the short term until I can figure things out and maybe hire some other folks to do the work for me, to write the blog posts going forward. Resuming work as it were. It will mean a big sacrifice for me, but Patricia and Cindy and Newbie will just have to understand.

From the bottom of my heart, ladies and gentlemen, I apologize for the missed deadlines in recent weeks. I will endeavour to improve, going forward. I have managed to wrest some blog post ideas from the departing ghost writers, and will incorporate those suggestions into future posts.

Please work with me as I find my way through this delicate situation.

Thank you for your understanding.

Until tomorrow, and this time I mean it, I am your humble and obedient servant,

Stuff sacrifice, the dishes still need to be washed!!!