I'm on my lunch hour at work. Thought I'd write today's blog post a bit early.

As you know, we did a super quicky trip to the Valley on Tuesday. What I didn't tell you about, though, was that we had to take an alternative route as the access to Route 358 was closed to us. We found out a couple hours later that there had been a fire. To make things easier for the fire fighters, the police blocked off that road access.

Late last night I watched the 11 pm news on Global. The fire was on Belcher Street, in a building known well to me, at least back in the day. Facebook updates confirmed it for me. This building was where I got my haircut as a youngster.

I don't have pictures of the place back in the day. I wish I did. The barber shop was on the main level. There was a massive picture window which dominated the front part of his little shop. The place was run by a man named Doug Naugler, who ran his business in that location from long before I was born, until sometime in the 1980's, probably the early '80's. I am not sure on that.

Dad would take me to get my hair cut, and usually his, and it was usually on Saturday nights. Not sure why Naugler would work that evening. I know he lived upstairs. I distinctly remember reading his old magazines and things like the comic strips that would arrive as a small newspaper that had "Star" on the mast head. He kept Norman Rockwell pictures, possibly framed ones, on his wall. My fave to this day is the one where a guy gets home from work and a kid is stuffing his hands in the man's pockets, presumably in search of money. Probably became one of pervert Rolf Harris' favorite Rockwells. But I digress. 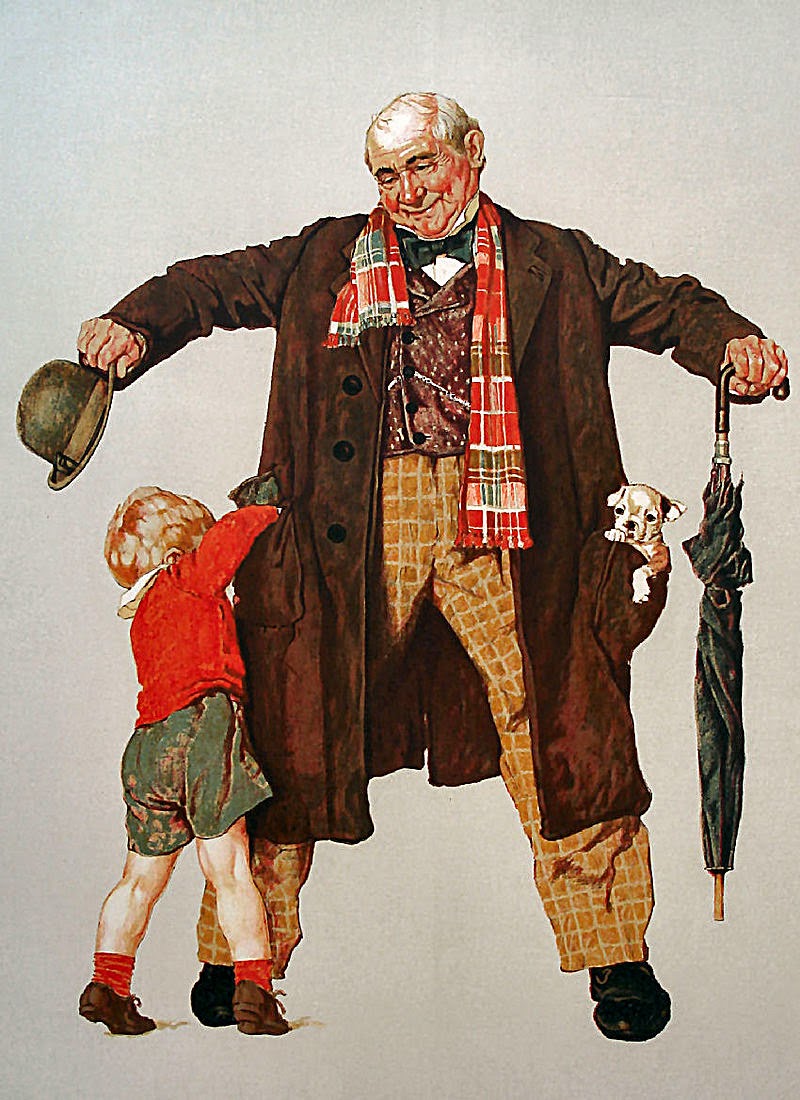 (The above may be that picture. It was a long time ago. But I can't find another Rockwell image with similar themes.) 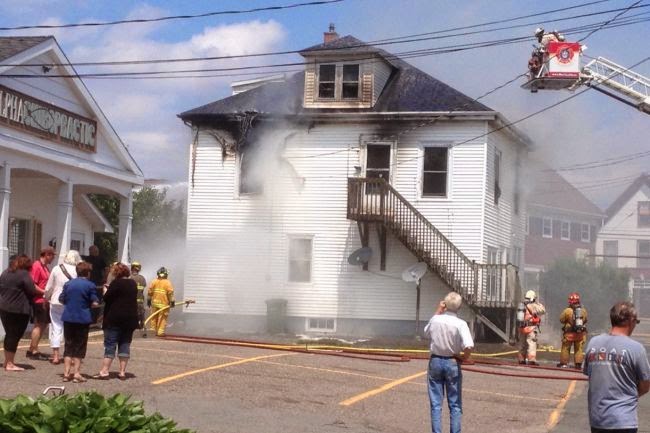 In the late night news report last evening I learned that the owner is Donnie Porter, who owns quite a few buildings in the Port. He owned Second Stage Furniture next door, and the former convenience store that was next door for several decades. You can see that it is now a physiotherapy clinic. People are standing in front of it in the above picture. It was in that store where I would pick up vintage paper back books for 25 cents apiece. I still have most of them. It's not like I can just buy or download these really old John D. MacDonald books any longer. Getting those books was like going back in time. There are still a few of these book depots in the Valley, but not one of them is anywhere near as good as the depot in the Port Williams convenience store on Belcher Street all those years ago. Sniff. 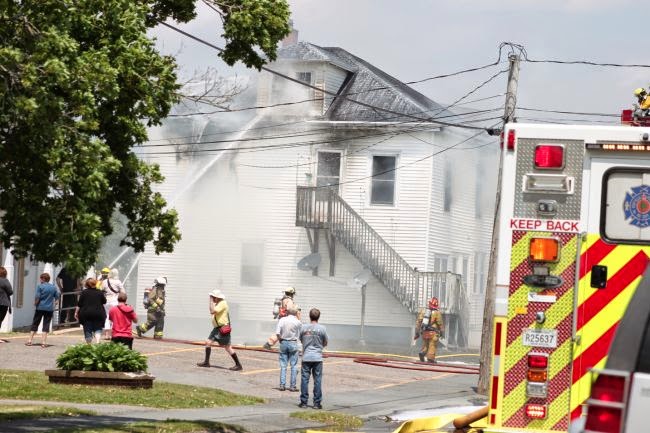 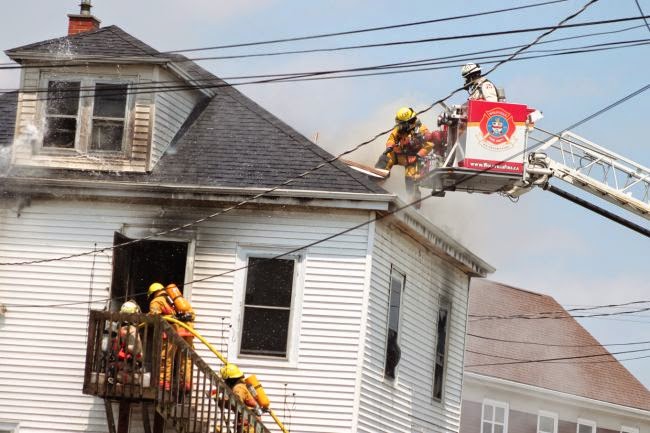 I was in one of those apartments in 1986. A guy I knew slightly was running a BBS, a Bulletin Board Service. A very early forerunner to things like internet newsgroups, a repository for downloading software and maybe even communicating within that SIG, or Special Interest Group. I owned a computer back then, a few to be truthful, but do not recall ever downloading anything from them. Remember that this was back in the day when 8 bit computers were still the norm. I should have owned an MS-DOS based machine, but could only afford CP/M ones. The life of a student. 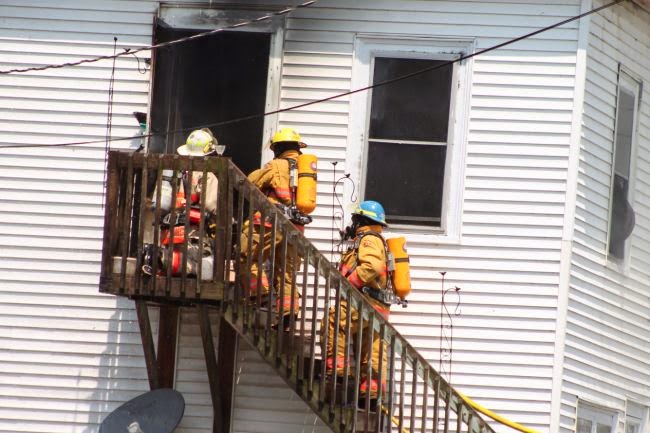 Why am I going on about this silly stuff? People are homeless because of this fire. I hope they all had tenant insurance. 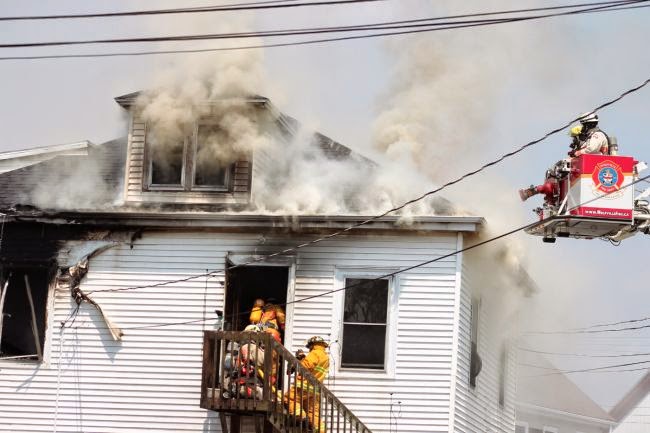 Looks as if the fire started in the roof. 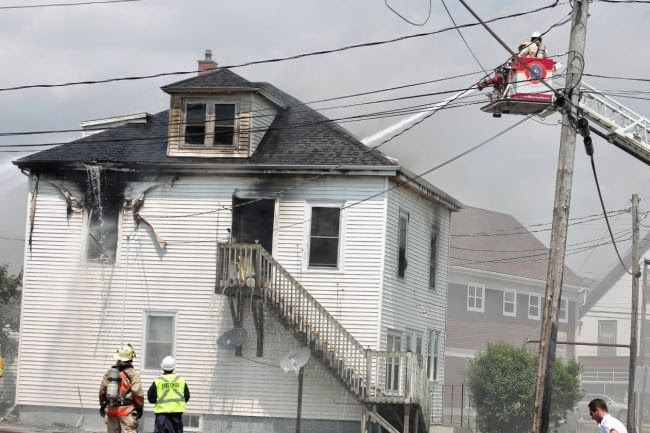 In the above picture, the only one that gives you some idea of what the front of the place looked like, is this one. In the lower right hand side, you can see a couple of windows on the lower level. That picture window is, of course, long gone. 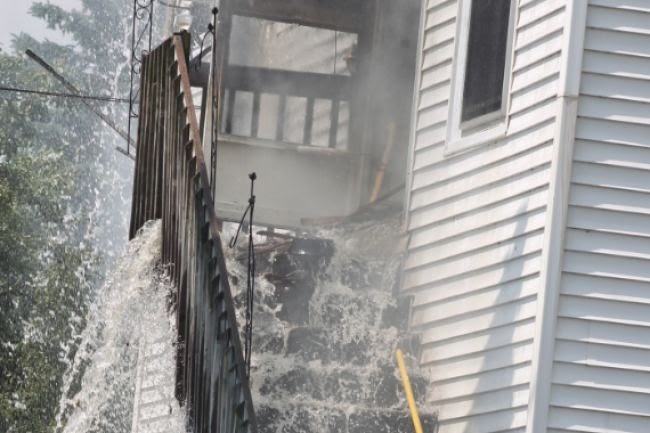 The side entrance is interesting. It is interesting because of the man who lived there until yesterday. A guy in his 40's, I'd wager, who had a pet cat. He would take the cat out with him on a regular basis, on a leash. Yes. He would walk his cat!

I also learned from the Global news broadcast that everybody got out safe, and that the pets got out safe as well. I look forward to seeing that man walking his cat, maybe even this weekend.

I had quite a few good times in that building. I am sorry to see it go. I hope that they can rebuild it. Maybe, just maybe, they can put a big picture window on the lower level facing Belcher. I'd like that. A lot.