It is Sunday evening. I wish I could say that I had done a lot today. Instead, I did nearly nothing.

I did manage to stain the newly-created window sill as well as the new doors on my shed. First coat. Second coat in the offing.

My vacation is over. It was a pretty good one. One thing I want to mention though is what happened two weeks ago today. Our American cottagers and Patricia and I went to Amherst to meet the man who had written a book about Houdini. As part of the celebrations of that fine town, there would be a walk about of the town and the things that Houdini had done in that part of the province back in the day. There is a book by a man named Bruce MacNab in which he postulates that it was during his tour of Nova Scotia and New Brunswick more than 100 years ago when Houdini found his place in the world and developed his role as an escape artist. He had been a card shark before that. 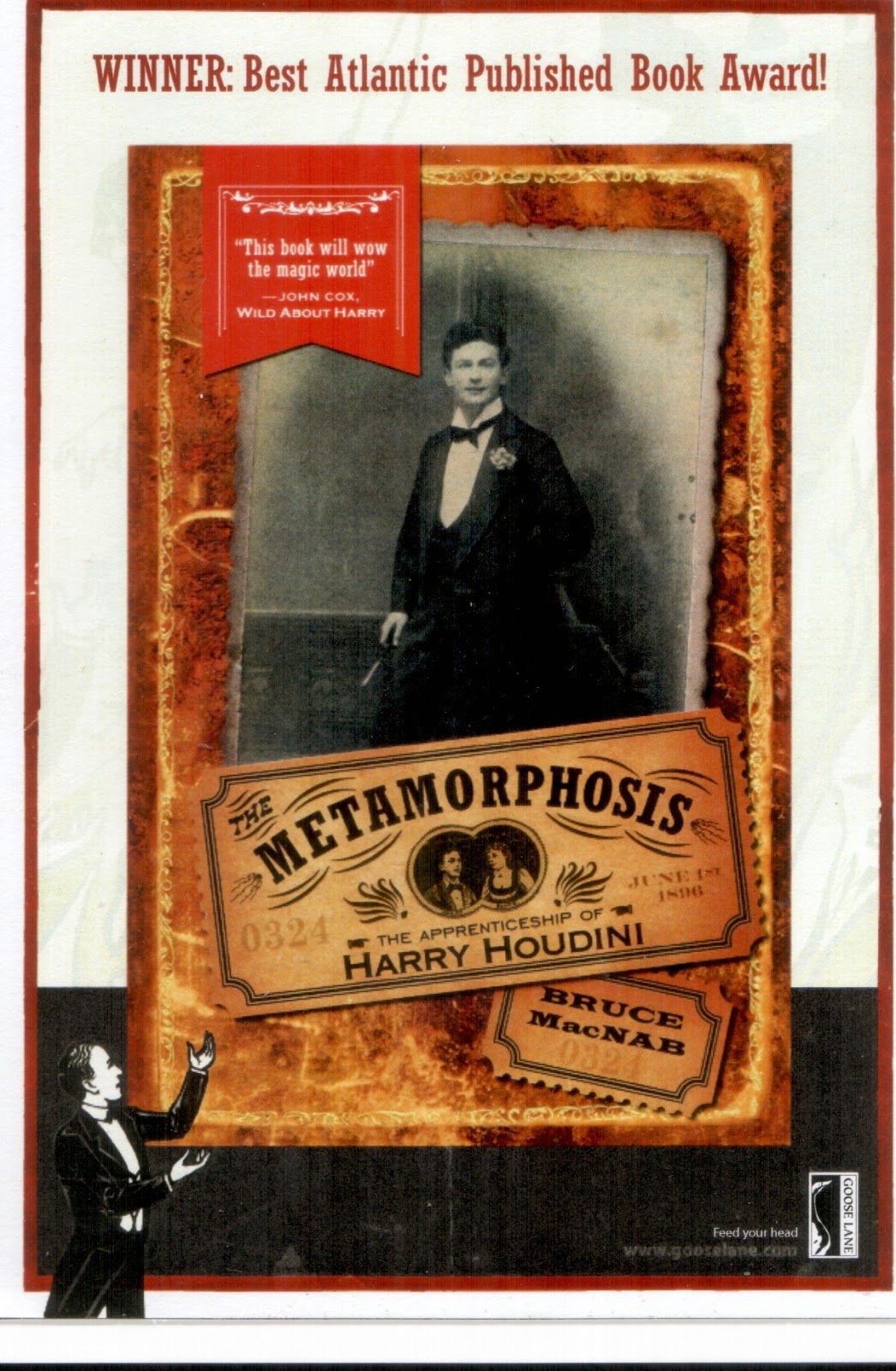 Mr. MacNab had conducted the tour. We missed it. We managed to track him down late in the afternoon. I introduced myself and his face lit up. He knew of me well. Turns out that we are both big fans of the classic rock band Teaze. In fact, Mr. MacNab had been confused with me on a Teaze fan site.

I have been wanting this book for some time. I have seen his documentary on local cable in which he discusses the early tours of NS that Houdini did and even showed the remnants of buildings in Halifax and Dartmouth where Houdini performed. Even after all his research, there is still a week or two of time for which he cannot account for Houdini's activities. It is possible that he did shows in parts of the province that Bruce cannot track down.

At any rate, we talked about Houdini, and we talked about Teaze. We agreed that they got screwed by their record company, and that they could have done great things had they been nurtured properly. The fact that their greatest hit, "Sweet Misery", is considered by many to be a Country song, speaks volumes. It is still a little sad when you think about what they could have accomplished and weren't allowed to. 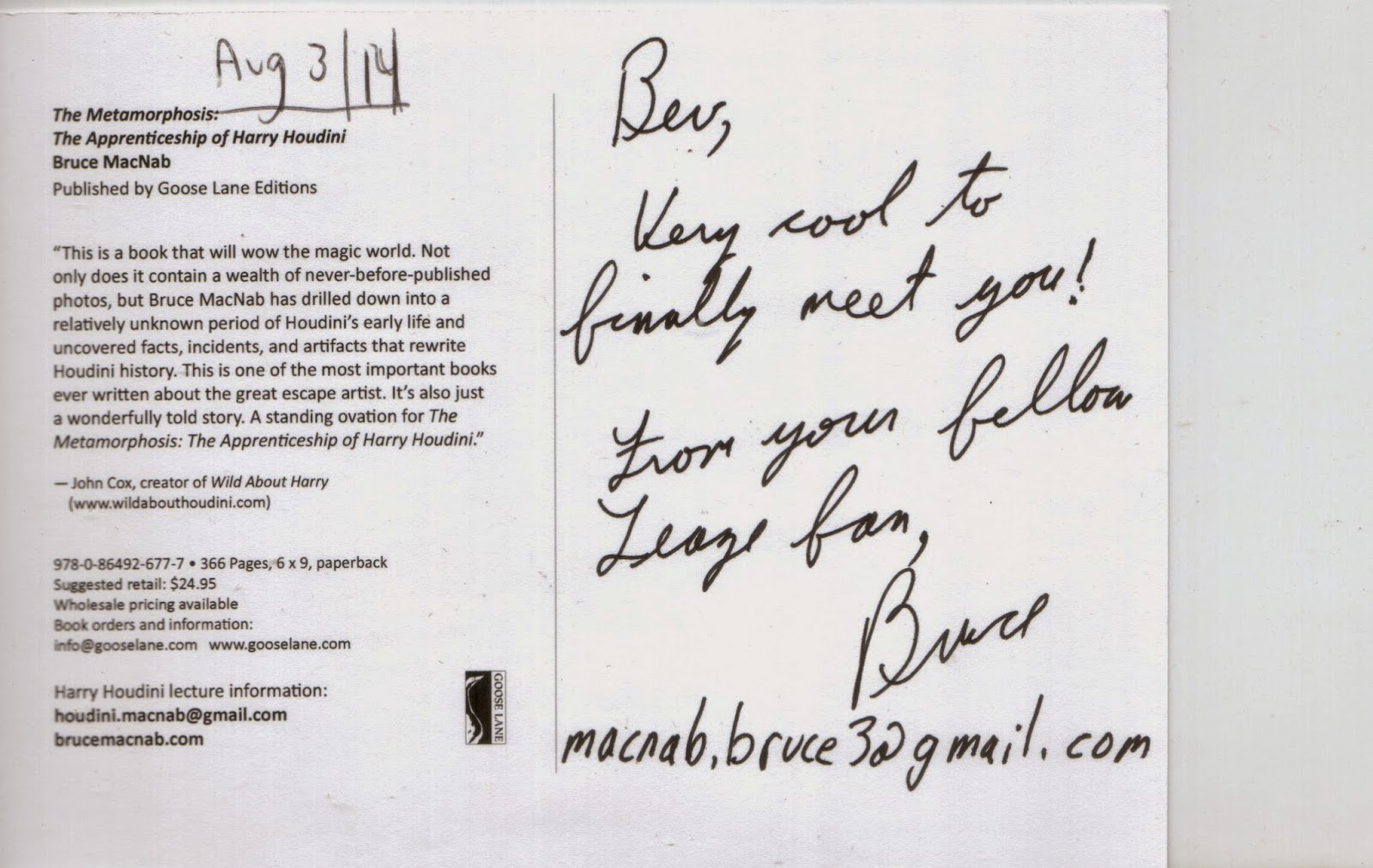 I have written several blog posts about Teaze. Go ahead and check them out. They are in the 940 series  of posts, some 5 years ago.

Bruce MacNab, let me return the favour. It was a thrill to meet you and to discover that we have this passion in common. I hope that our paths cross again, and soon. My very best to you.

I still have to return to work in the morning. But now, I am not quite so bummed about it.