Got up later than I meant to. Picked up my winnings from yesterday's United Way Auction. From there, I drove to a local antiques store. I had not realized how many antiques stores there are in Halifax until today, as there is one literally around the corner from the I visited.

At any rate, I had received a tip of some old CHNS radio swag, at a price I could manage, and wanted
it. It was a circa 1940 booklet about CHNS's then-new move to the Tobin Street Broadcast House, featuring the radio broadcasters of the day, along with many pictures of co-founder William Borrett. What an austere-looking man! I have most of his "Tales Told Under the Old Town Clock" books that collected his history stories of old-time Halifax; his writing style is a tough slog.

I also picked up some 1965 era CHNS chart pamphlets, listing the then-current top 60 hits. Neat. Has little pictures of the on air staff of that era, including Frank Cameron, Brian Sutcliffe (who signed one of them for a local fan; see attached), Mike MacNeil, and the rest. Fascinating stuff.

As you can see, they advertise a quartet from that period of time I had never heard of. I wonder how many people remember these guys, and whether they are still alive? 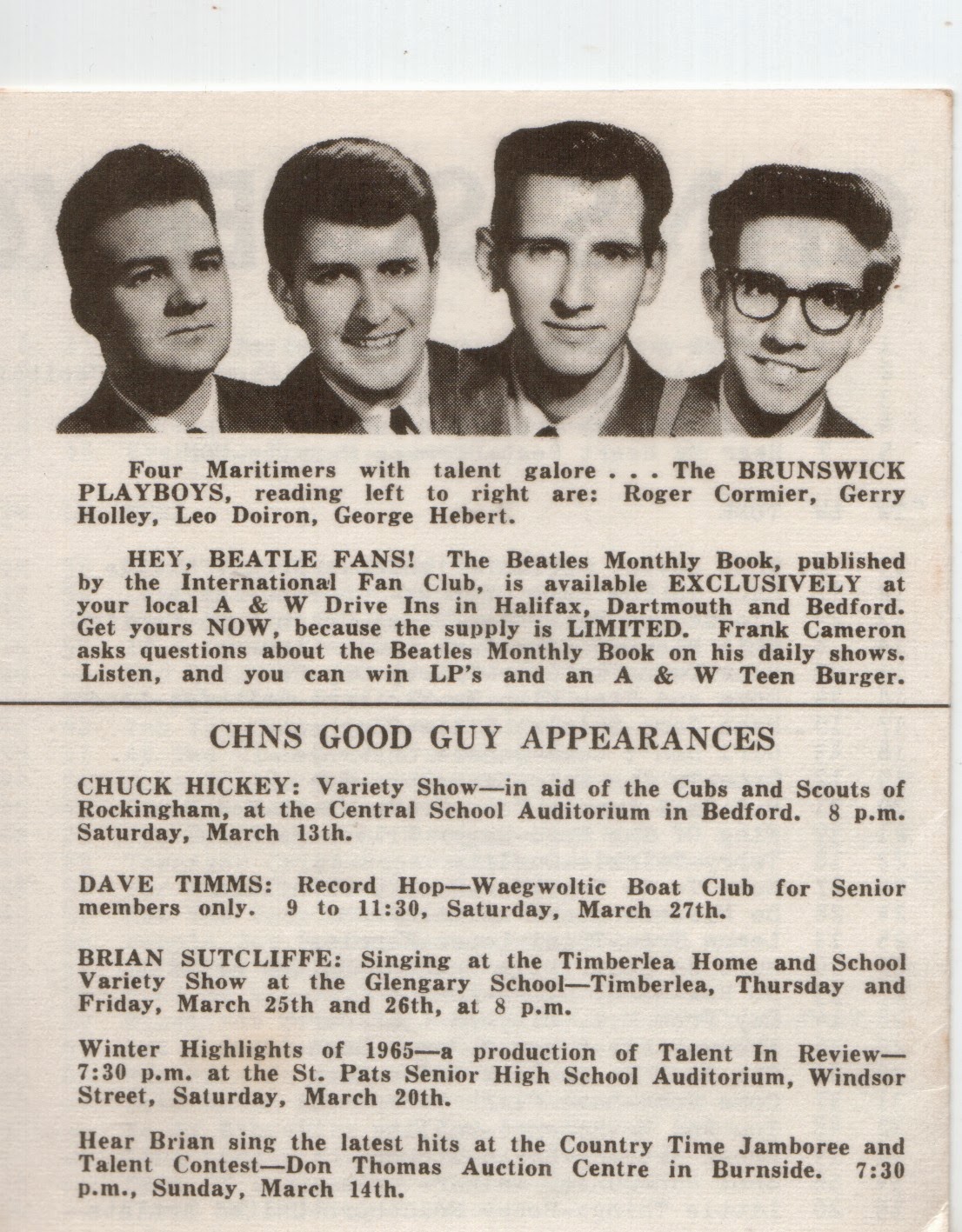 Afterward, I went to Costco and spent $180, a lot of which went toward the purchase of things for tonight's birthday dinner for Patricia. Scallops, haddock, smoked salmon, Greek salad, pecan tarts, other things.

I returned to the house, washed the dishes that had been piling up, and hung out with Patricia for a while until she headed out to run some errands. I watched an episode of "The Thick of It" and began to prepare dinner of rice, Greek salad, and scallops. We ate it upon her return. 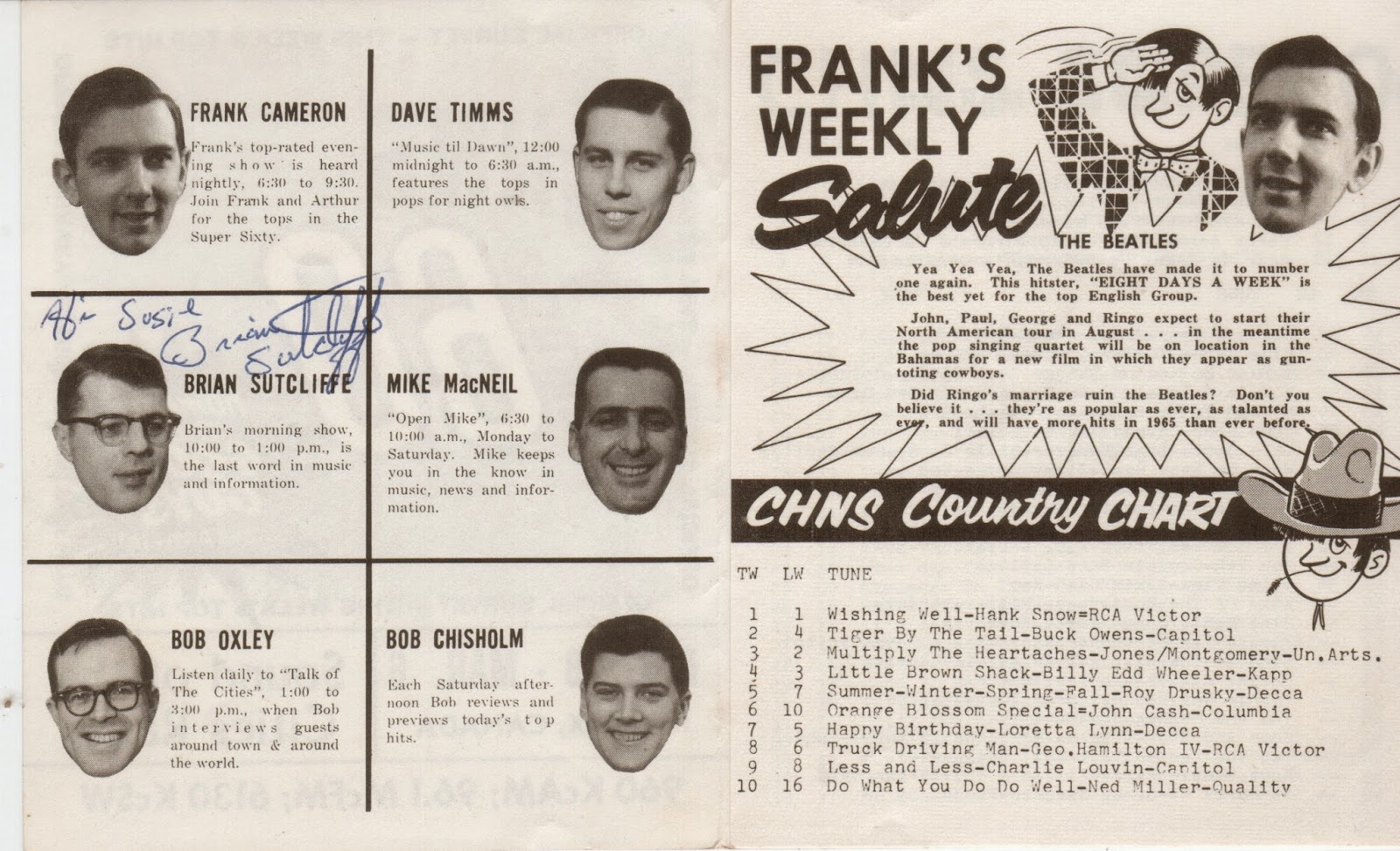 This evening has been about trying to get a version of Linux working on Patricia's netbook. What a maddening experience. The wireless kept dropping out, the performance is sluggish to say the least, and we were both frustrated. I think she needs a newer computer, or a tablet of some kind. Netbooks are crap computers, for the most part.

Tomorrow, we may drive to the cottage and finally shut it down for the year. Will let you know, as I know you care.

Enjoy the rest of your evening.