This is the end of the line, ladies and gentlemen. The final day of year seven of the Bevboy's Christmas Tie Extravaganza. My goodness.


Today's was very simple. We stopped for breakfast at the Bluenose II Restaurant on Hollis Street. We were famished. I had the Mariner's special, which has a lot of meat on it, plus 3 eggs, toast, coffee, hashbrowns, and jam if you want it. I am stuffed now. 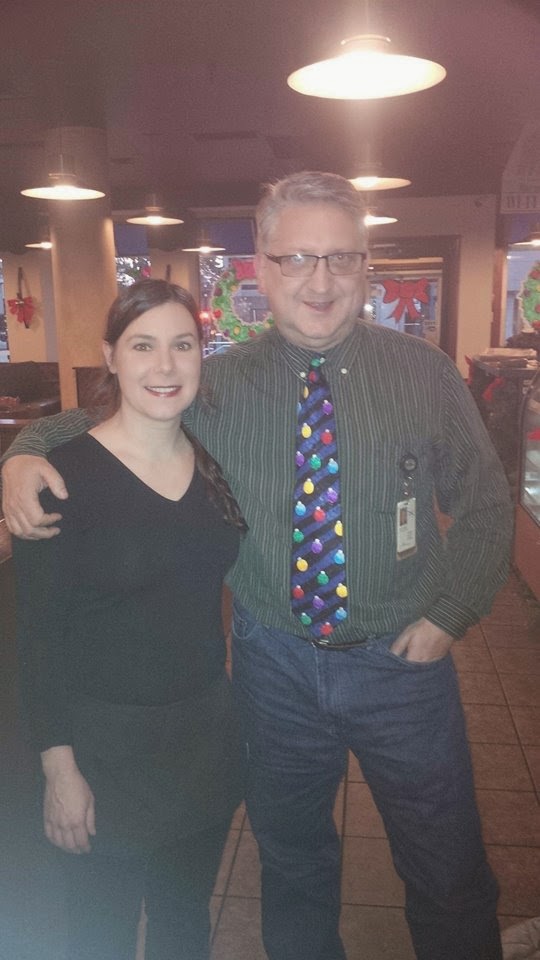 Our server was named Amanda. When I gave her one of my business cards, she remarked that I did have nice hair, and a nice tie. So I told her about the extravaganza, and she practically offered to return my tip to pose with me for a picture. What choice did I have, but to oblige? 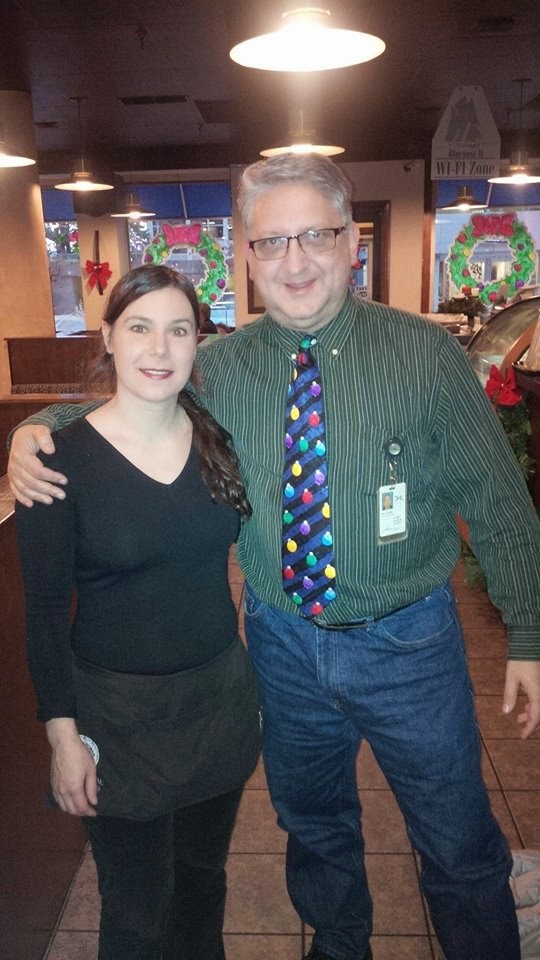 We are at the end, folks. This is over for another year. I have no idea if I will do this again in 2015 or not. Depends on what you guys want. I will start gauging support for it in the late summer.

If things work out, there will be a very special blog post on the 24th. Look for it.

Have a great day. See you tomorrow.