Well, my work week is now two-thirds over. Work tomorrow. Off Thursday and Friday.

I will have far more details on this in my column in Frank next week, but in broad strokes, there was another dismissal in Halifax radio this morning. Chris Pottie, practically a workaholic at Live 105, was fired immediately after the morning show today, the one he co-hosted with Floyd.

Chris is a good guy, a really good guy. He is married with kids, and I am not sure if his wife works out of the home. They may have gone down to a no income family. He worked extremely hard at the station even before he was afforded a full-time on air gig with Floyd, which lasted for less than a year.

Tomorrow is New Year's Eve. It has been a mixed lot, but one of the highlights has been this writing job at Frank. I take it very seriously, and I have done my best to learn from my editor, who has been patient while I have been learning the ropes of writing a compelling column, issue after issue. 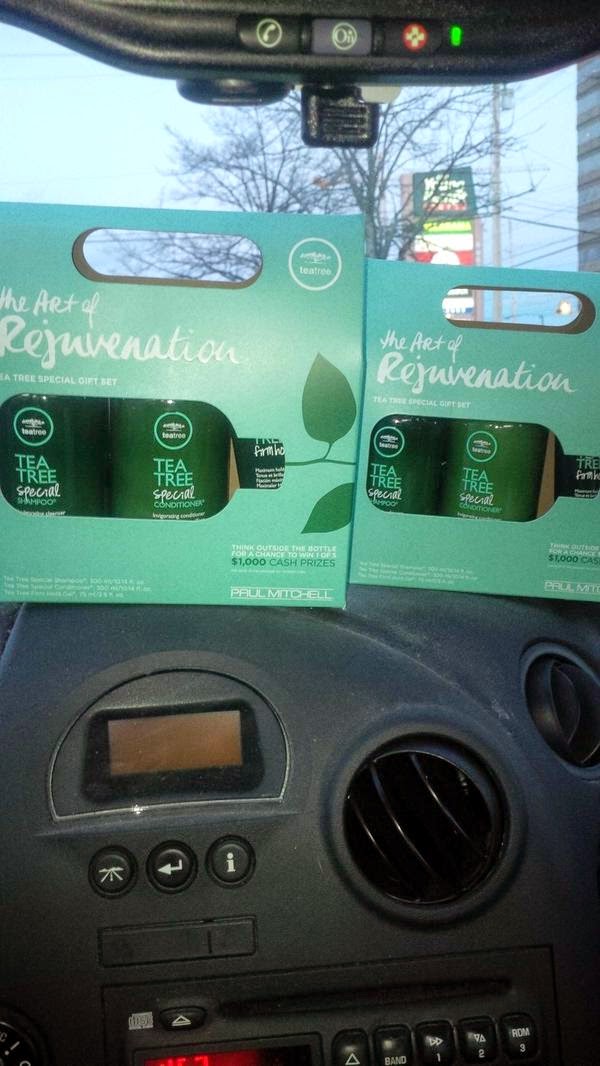 After work this evening, I picked up some dry cleaning and then hied myself thence to the hair place on Kempt Road. I ended up buying what you see in the above picture. Two packages of tea tree-based hair products: shampoo, conditioner, and fastening-gel. Patricia keeps telling me to go easy on the latter, lest I look like a refuge from "There's Something About Mary".

Patricia showed up. We went to Costco where we got some stuff for New Year's Eve dinner and drove home. One and a half episodes of "Marco Polo" on Netflix later, I am downstairs writing these humble words, hoping against hope that Michael Cranston will read them and pronounce judgement on them and by extension, on me.

You guys have a good evening. See you tomorrow.