So, a guy at my work has a Windows 8.1 phone. Today, April 1st, they released a new version, which looks a whole lot like the old MS DOS days, complete with a c: prompt. Good times. Great memories.

There was a way to launch his phone's camera under this shell. It takes ASCII-based pictures. Here are the ones he took of me just now: 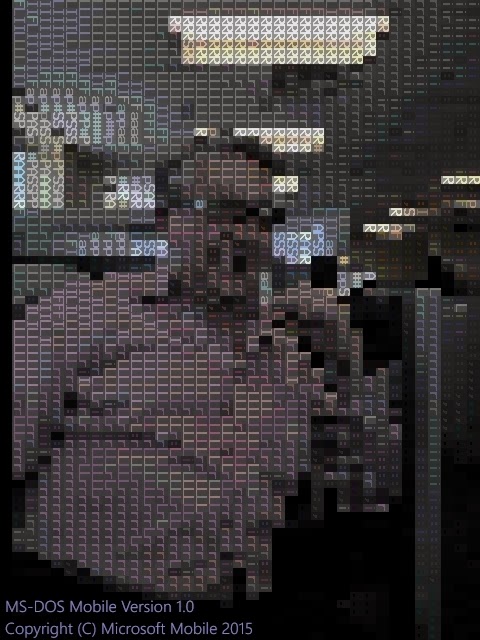 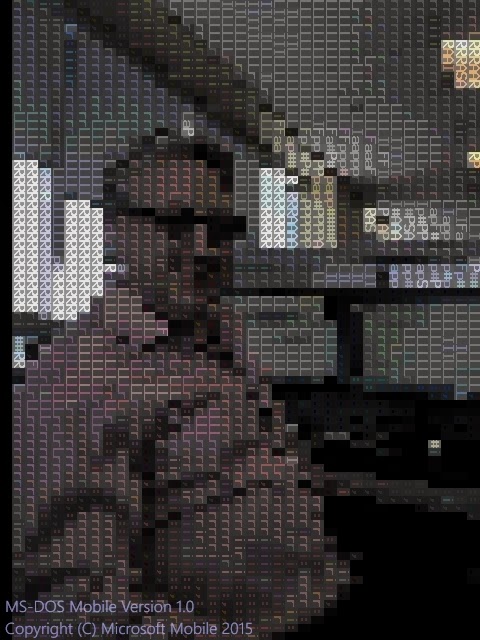 Ah, the good old days, when photos could only be rendered using ASCII characters. Frig EBCDIC. ASCII is where it's at, baby!