Here I am at my Toastmasters meeting tonight. I am the one with the tie, in case you were wondering. 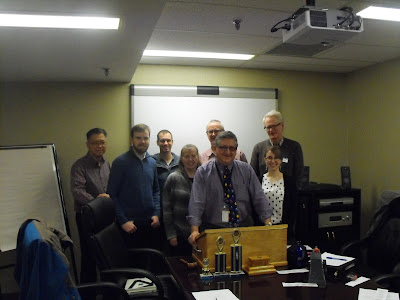 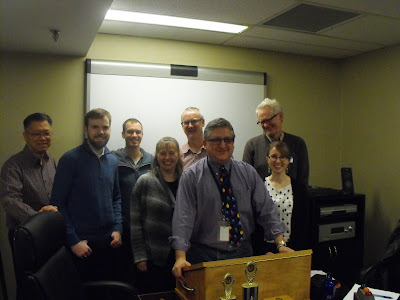 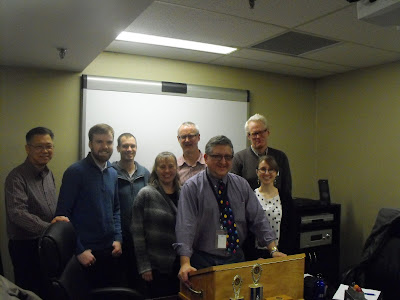 Good meeting tonight. The table topics were about Christmas. My question was, "What was your best Christmas?" I had no time to think about it, so I mentioned it was the Christmas of 1974, which fell on a Wednesday in case you were wondering. I got my first radio. I ended my TT by mentioning that I had five radios "in my home office, at home".  When people ask me why I have five radios in my home office, I tell them it was because the sixth one broke. I got dinged for redundancy by the Grammarian over the "home office, at home" comment. At our executive meeting afterward, the president teased me by saying he had a basement workshop in his basement. Silly times. Silly times.

We have had our struggles lately. But we have picked up a few new members in recent weeks, and I sense some momentum building for us. We are not down and out, just yet.

Oh, the lectern I'm leaning on? My father built that for the club, some 15 years ago. We still use it, all these years later.

You guys have a good evening. I will talk at ya tomorrow.