Well, something that had been in the family for nearly 40 years is now off to a new home.

In 1976 our church decided to get a new organ. To defray the cost they decided to sell the old one. My father decided to buy the organ for about 200 dollars. For those who care, this was the now-former Canard United Church. A couple of years ago, the United Church shut it down and amalgamated that church and several others into a new United Church in New Minas. The parishioners at Canard fought back and purchased the church from the United Church, and founded their own congregation. I keep meaning to attend one of their services. I wish them all the best. And frig you, United Church of Canada! 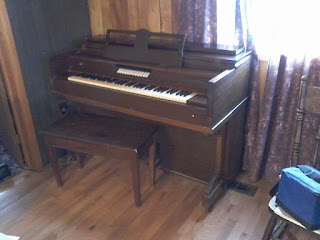 Anyway, 39 years ago Dad brought it home and stuck it in the corner of the living room where it remained until this afternoon. Every once in a while, my father would turn on the church organ and pretend to play it. He would pump the foot pedal and press keys at random to give us the impression he was playing the organ. Waste of money. 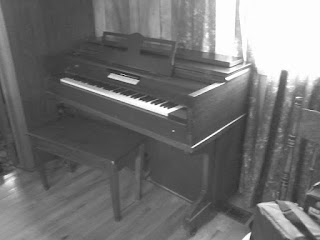 About 98% of the time the  organ just sat there in a corner. Mom would store her magazines in  the bench. Eventually she would keep her diabetic supplies on top of the organ.

The years passed. After my father died in 2010, mom was here living there by herself. The organ still sat there but was never used. After my mother died in January, I wondered what to do with the stupid church organ. I would never use it again. 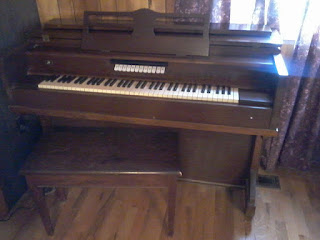 In the last couple of months I started to look for a way to get rid of it, to find a new home for it.  I didn't just want to throw it out in the garbage because I knew it was a quality item that would be useful to somebody. About 2 weeks ago, a guy in Halifax expressed an interest in the church organ, but he wanted me to transport it to him in Halifax and then he would decide whether or not to accept it. First of all I had no way to transport the church organ to Halifax. I was willing to give it away but I had no means of getting it to anyone so that person who ever wanted it would have to come here to the house and pick it up. 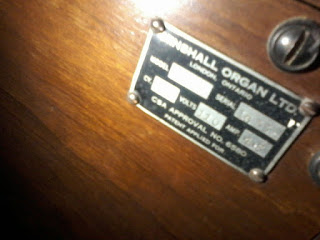 At about the same time a woman in Halifax expressed an interest in the church organ is well. While I was recovering from my cold this week she wrote me and asked if it was still available. I told her it was, and perhaps she could drop by the house today and pick it up. 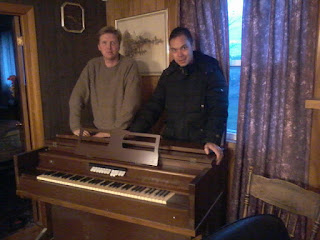 She was writing an exam today so she sent two of her friends to come pick it up. They arrived here around 4:30. Their names are Dominick and Tim. It took all three of us to get the church organ on to the back of the truck. However, beforehand they said that the church organ sounded great and that Piper would be very happy with the church organ. Tim also likes to play music. I made him promise that once they get the church organ situated, that Piper and Tim would invite Patricia and me over to play it for us. Because that would be the first time that's church organ had ever been used in a professional way since Dad bought it in 1976.

As they drove away with the church organ, I felt a twinge of sadness. Yet another item from my childhood is gone. The house by definition is a little bit empty here this evening. I do not regret giving away the church organ,  but I will still miss it a little bit. However, I am far happier to see the church organ going to a good home. I am confident that the person receiving it will make much better use of it than we ever did. 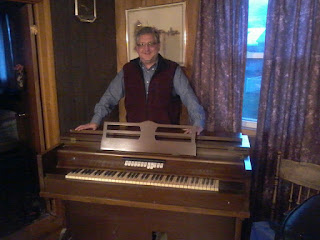 I was going to return to the city this evening, but I'm still getting over my cold so I think I'll just hang around here tonight and watch Netflix.

You folks have a good evening. I will talk at you tomorrow