I'm sorry to announce the death of Kentucky radio legend Mark Justice. He was taken from us at age 56. 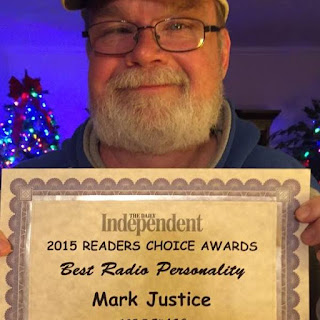 I can't say that I knew him to any real extent. We exchanged some emails over the years. He told me he'd like to check out some of my blog interviews with local radio people, back when I was doing that stuff. When I published an interview, I would sometimes message him to let him know it was up. Whether he read any of them, I do not know. My ego likes to think he did.

On Sunday, he went to the hospital, thinking that there was a problem with his gall bladder. Instead, the doctor told him he had had a heart attack. On Tuesday, he updated his facebook to say he was still in the hospital, had just enjoyed a meal, and was watching the New Hampshire primary results on television. Then, he was gone. Just. Like. That.

I am more familiar with Justice through his work in the horror field. He wrote numerous short stories, edited some anthologies, and published at least one short story in one of those anthologies written by Nova Scotia author Steve Vernon, whose books are easy to find in the "local interest" section of Chapters. 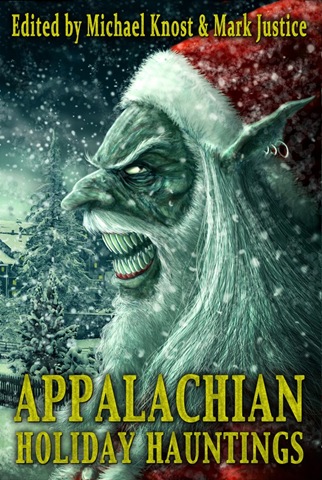 Mark Justice was also the host of "Pod of Horror", the first horror-related podcast I ever discovered, and still the one I enjoy the most. He continued to put out these podcasts, but on an increasingly-infrequent basis in recent years. In it, he would interview horror authors and feature horror and thriller related news. It was tremendously entertaining. He even interviewed Steve Vernon once for the podcast. Vernon mentioned the local delicacy of fiddleheads, which amused Justice to no end.

If there is anything to be learned from this it is that if you have any symptoms of a heart attack, or even think you do, get your damn ass to the doctor. There's no evidence that Mark Justice did anything wrong here, but that is cold comfort to his wife, their cats, and his many fans in radio and in the horror field.

My condolences to Mark Justice's family.