Long day. Patricia a medical appointment this morning at 9, and I felt my place was there with her, so I took the morning off work for that purpose. It proved to be an informative session for us both. I am glad I went.

In the aftermath of the appointment I worked in the afternoon, while Patricia ran some errands. I picked her up after work, and we filled her prescriptions at Costco. While there, they had the usual "Costco dim sum", including some perogies that were to die for. We got 6 bags of them, and cooked one of them for dinner. I am still stuffed, a couple of hours later.

I meant to mention this over the weekend, but forgot, so I am doing it now. The Canadian band The Lumineers have a new album out. I dimly recall hearing some of the songs from their previous album a couple of years ago and liked them for what they were. But what has piqued my interest is not just the title of the album, but the person they chose to put on it.

It is called "Cleopatra". And adorning the cover is none other than... Ms. Theda Bara, the silent film icon of 100 years ago, whose perhaps most sought after lost film is "Cleopatra". Her co-star in that 1917 film was Fritz Leiber. His son much later recalled having visited the set as a boy. Junior went on to have a very noteworthy career as a science fiction/fantasy author. Story goes that Senior was vain, even by actor standards. For each film he made, he had a lifesize bust, painting, bas relief, or whatever, of himself made in the character he was playing. Upon his death, Junior inherited the whole mess, which inspired his story, "237 Talking Statues, Etc."

A tiny fragment of "Cleopatra" exists. Here it is.


I hope you enjoyed those 16 seconds as much as I did.

Anyway, 61 years after her death, Theda Bara is making a tiny come back, this time on the cover of a record album. 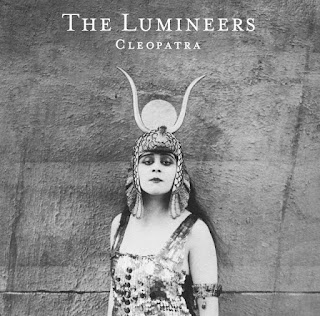 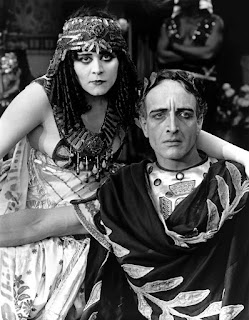 That is Fritz Leiber Senior with Ms. Theda, above.

I keep wondering if anybody here has any information at all about the 20 summers Theda Bara and her husband, Charles Brabin, spent in Nova Scotia. I know where they lived, that they named the house "Baranook", and have a copy of the deed. But the house almost certainly no longer exists. And there are at best second hand stories out there of people who remembered their long-ago visits to Nova Scotia. This information about Nova Scotia film history is too important to be lost to time.

On that filmic note...

Email ThisBlogThis!Share to TwitterShare to FacebookShare to Pinterest
Labels: ThedaBara