I have written before about how covers of mystery magazines were recycled and re-used over and over. I showed you examples. You can click on the "MSMM" label associated with this post to read that earlier article.

I have found another sort of example. 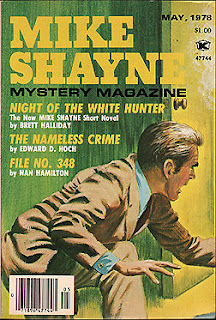 Here are the other examples I have been able to find: 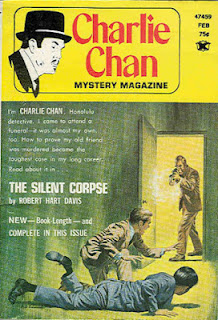 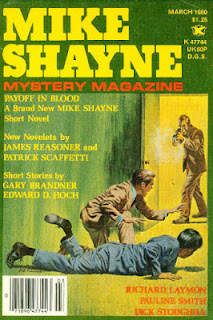 So, now, 4 magazines using the same damned cover. The guy who drew that original cover must have been paid a mint, thereby forcing the publishers to defray that cost over the course of the next several years.

As you can see, in the first pic, Buddy is reacting to something. You know that he's reacting to a guy shooting at him. But, initially, you have no idea what he is reacting to. Maybe there was an unexpected pizza delivery or something. I wonder what the other dude, the one on the floor, feels about it, having been cropped out of existence?

If I find any more examples of this damned drawing being used elsewhere and elsewhen, I will let you know. I think I will be successful.
Bevboy

Email ThisBlogThis!Share to TwitterShare to FacebookShare to Pinterest
Labels: MSMM