Didn't write yesterday because the events of Deep Roots tuckered me right out. Now that we are back in the city, I can kick back and tell you about Deep Roots, Saturday and Sunday.

First of all, I wish I had taken a proper digital camera with me to the shows. This phone camera is not fit for the kinds of pictures I wanted to take. Fine for close ups and the like. Not so fine for when you want to get action images or get a good representation of what the Deep Roots sign looks like. Patricia says that the pictures is "too hot", what with the folds and so on, and the camera cannot capture that. Whatever.

On Saturday we attended two songwriters' circles. I am not sure when, or whether, I will attend any more. They are usually groups of old friends sitting around talking about the songs they have done, and where and why; and then they perform those songs, to much applause and appreciation from their colleagues on stage. They are all the very best of friends, or so it would seem. But unless you count the Ron Hynes tribute Sunday morning, you don't really get keen insights into the songs and the process. Individual shows did that. I am now a Scott Cook fan. 11 years ago, broke, having performed at the Union Street Cafe in Berwick and having been allowed to sleep the night before above that cafe (better than sleeping in his car), he made his way to one of the free Deep Roots events that year and resolved that he would one day perform on those stages. He did, this year. He spoke about his struggles as a performer, the travails he endured, and I am now a fan of this young man.

Anyway, here are the pics I tweeted both days.


The two song writers circles. See my above comments. 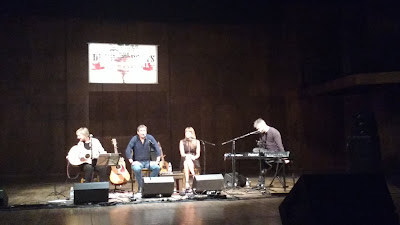 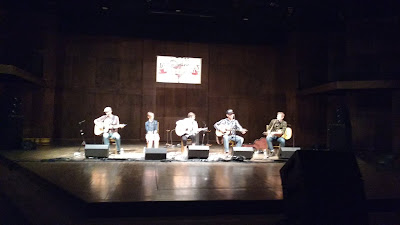 I had never heard of Hillsburn before this weekend. Now, I am a fan. They are hard rocking and bluesy. And they are based in Halifax. I am guessing they play places like the Company House. 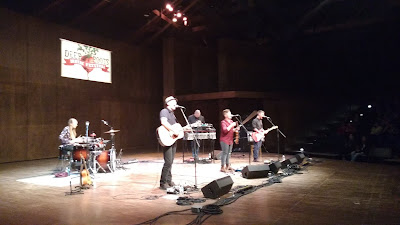 Matthew and Jill Barber. People describe Jill's voice as sultry. I would describe it as inhuman. I do not care for her singing at all. And I have no opinion of her brother Matthew. If Jill Barber is Karen Carpenter, then Matthew is Richard Carpenter. Look it up. 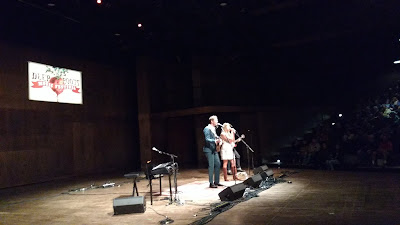 Lennie Gallant. Patricia loves him. All women love him, and all men want to be like him. He is an excellent performer. I have never understood why he has not been a bigger star than he is. I love his sense of humour, too. A very funny man. 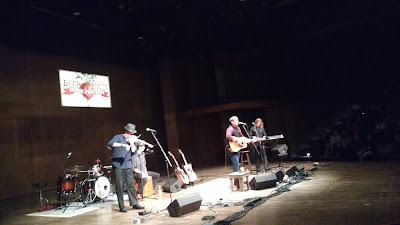 Ten strings and a goat skin. Nephews to Lennie Gallant. These guys won me over with their enthusiasm, but it took a while. 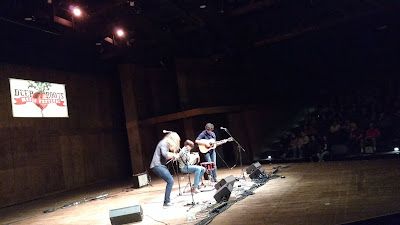 Lennie Gallant joined them for a song or two. 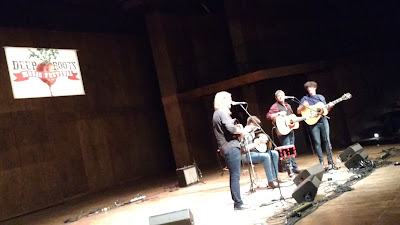 And... that was Saturday.

What the heck. I will produce a second post, about the Sunday shows, in a moment....