Sorry I haven't written the last couple of days. Friday night, I fell asleep on my recliner around 7:45 and was done for the night. Saturday night, I turned in relatively early as well.

The main news on Friday, besides trying to get over Patricia's cold was the following.

Well, here it is before: 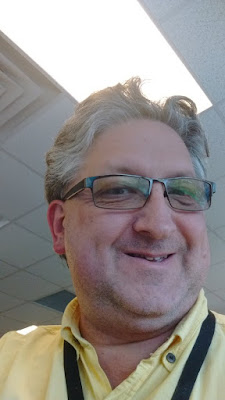 And about 45 minutes later: 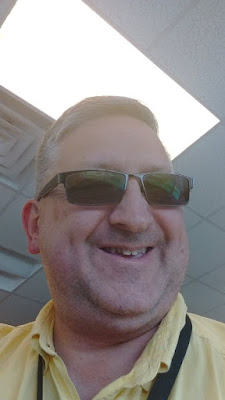 Yes. I got my hair cut. I could no longer abide the long hair. As glorious and beautiful as it was, I was growing tired of women jumping out of nowhere and running their fingers through it. One time, recently, a woman espied me and crossed three lanes of traffic, in heels, on Young Street during rush hour just so she could mob me and tousle my hair. It made me feel like a piece of meat and was causing so much disruption in people's lives other than my own, that I decided the best thing to do was to get it cut, so I did.

Don't worry. It will grow back.

I will be saving a fortune in product from now on. I am grateful for that.

So, that was Friday.

Saturday we started to watch episodes of "Luke Cage" on Netflix. Mid-afternoon, we finished an episode and immediately tried to watch the next when we got a "404" error. In the world of computers, a 404 error means that a file or a something is not available, not there. I jumped over to the Roku and fired up the Netflix app there and that worked. A few hours later, I read on deadline.com that there had been such a demand for Netflix across the world, likely because of Luke Cage, that it crippled their servers. I wonder how they will spin this story during the week?

The series is good, but has the same issues with pacing that other streaming services have. Because there are no commercials, the stories are structured in such a way that there doesn't have to be a mini cliffhanger every 12 minutes or so, to make people want to come back after commercials. The stories can be told more organically now, and that doesn't settle well with people who expect those mini cliff hangers. It is a different form of storytelling, and people aren't used to it.

Episode length can vary, too, to accommodate the story. Some episodes are over an hour. Some are 48 minutes. Season 5 of "Longmire", which we finished watching on Saturday, had episodes well over an hour, but a few in the 50 minute range. All about servicing the story rather than feverishly chopping bits and pieces to fit within an arbitrary length. It is the way of the future, and close to the way of the present as more and more streaming services move to original content.

Anyway, enough of that. We still have 3 episodes of the show to go. Hope to finish them this week.

I have spent the last couple of hours finally wrapping up summarizing the contents of a 2.5 hour conversation I recently had with the brother and father of a missing person. I will do my best to produce some kind of draft for my editor of an article for an upcoming issue of Frank. Want to get that done before I go off on vacation after next week. We will be at the cottage the week of Thanksgiving. For those keeping score, that will likely mean I will not have a media column in the next issue of Frank, as it is too difficult to produce one when I do not have an internet connection. Sorry to disappoint, but let's see if there can be a true crime article to take its place.

It is pushing 10:30. I think I will turn in. I will not say it will be a long day tomorrow, because I always say that. I will just say that after two days of sleeping in, getting up at 5:30 will be a challenge.