Here is the post I have been promising for the last few days.

Here. Read this first. Let me know when you are back.

So, Cassie Williams wrote a pretty good article about the neighborhoods that once existed in the part of the downtown presently bounded by Scotia Square and the Cogswell Exchange. I wish she had also mentioned the old police headquarters, but otherwise, it is not a bad article at all. It is also the kind of article that there should be many more of.

There is no way that a city could get away with the disgusting expropriations of people's properties, in this day and age. The city continues, 50 years later, to take heat for how the people of Africville were treated. But the people who were displaced, the businesses shut down, the families and friends ripped apart, never had that same kind of voice. They had to put up with it, and shut up. 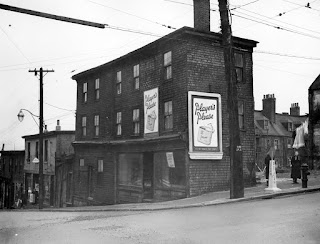 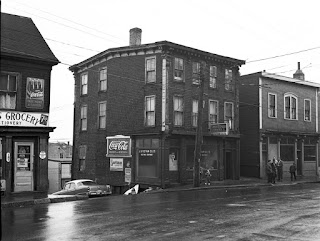 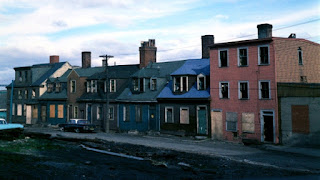 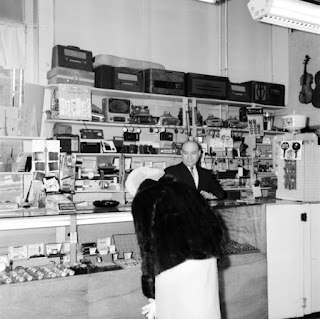 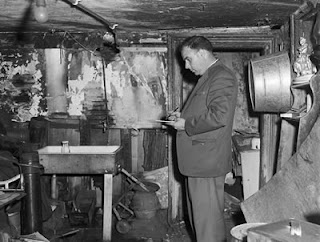 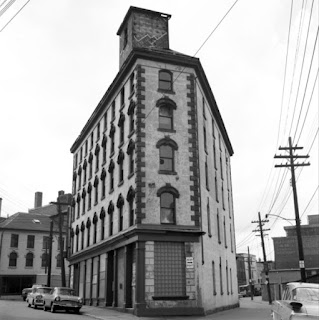 There are some pictures in the Halifax archives showing that quite a few of the properties were in very poor condition. But that doesn't mean it is acceptable, even morally right, to take away all the damned houses around it for the sake of some weird gentrification fetish.

Many of the buildings looked funky, cool even. The "pentagon" building looks like one I'd like to live in.

Over the years, more than once, I have heard how city aldermen 50 years ago purchased many of these houses on the cheap from people who would otherwise have had to carry the cost of demolishing their own homes. Some kind of deal was worked out so that the aldermen would be compensated for these purchases, and thereby make a tidy profit from people's misery.

Where did these people go? They ended up in some of the remaining poorer communities like Spryfield, or some of the public housing that sprang up around that time. Others, I hope, got the hell out of Halifax, out of Nova Scotia, where they were not wanted anyway, and started fresh lives somewhere else.

I have been trying to understand why this continues to vex me so. I think it is because, in a different time, my family might well have lived on Hurd Lane, or Jacob Street, or that old portion of Barrington Street. We were in that economic strata. We would have trusted our city to represent us as we should be, and treated with respect. We would not have expected our aldermen to push to evict us and send us on our way, to be told that we did not belong there, that we could not live there any longer. Get out. Get out.

I like Halifax. I have lived here for nearly 30 years now. But it has a deeply-rooted racist history, and a nearly pathological disdain for poor people. The condos springing up all throughout the city represent housing that most of us can never afford, or even aspire to. That there is a condo in the downtown, not terribly far from where these old neighborhoods were, that will literally sell million dollar units, shows that there is a huge problem, a tremendous disconnect, between what people can afford, and what these developers think the market will bear. It is insane, what is happening to my city. I don't like it. Not one bit.

Let's make sure that what happened to Africville, and the people of Jacob, and Hurd, never happens again.

An excellent post, Bev, and highlighting some of what is wrong not just with Hellifax (not my favourite place) and the province in general. Nice to see you get a mention in Halifax Examiner, too!

I saw Tim's headline this morning and was intrigued. I scrolled down and saw my phrase "Halifax Shame" and the extensive quotation.

A couple of rich sob's are already decrying me for it. Figures. They don't like poor people. Simple as that.

I still like Halifax, but it sure has problems, and they're getting worse.

Thanks for the kind words.