There. Is that a descriptive enough blog post title for you?

I spent some time tonight lining up a couple interviews for upcoming true crime pieces in Frank. I am hoping that these plans do not fall through at the last minute. It has happened before.

Just uploaded a peck of book covers to the Vintage Paperback and Pulp page on Facebook. You really must check it out. Sometimes they get a little saucy, and their minds go off in the gutter, but someone snaps them back and then they resume discussing these really old covers. 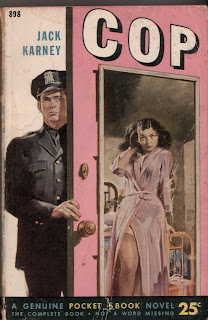 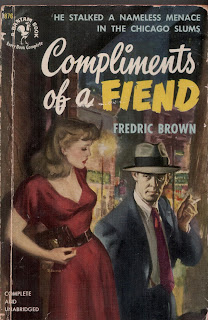 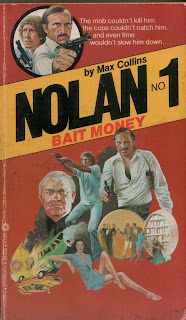 Frig, what's wrong with this, even? 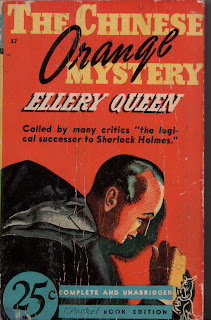 I bought the above EQ novel in the early 1980's when I was trying to get into the Ellery Queen novels. I still consider them vastly overwritten with a pompous tone. The short stories are usually fine, if gimmicky. The ironic thing is that one of the two guys behind Ellery Queen, Fred Dannay, of course edited Ellery Queen's Mystery Magazine from its founding in 1941 through to his death in 1982 (although Eleanor Sullivan took on more and more of the editing duties through the 1970's). Dannay firmly believed that no short story existed that could not be shortened further. But he had blinders on when it came to the EQ novels that he either edited, co-wrote, rewrote, or supervised. I have always wondered why he was always so forgiving of his own brainchild.

Anyway, that is the kind of silly thing that occupies my time. Fun, but not earthshaking.