Sorry I haven't written much the last couple of days. I had a crazy busy weekend. Let me tell you about it.

Saturday morning we got up bright and early. We wanted to drive down to the Valley to go to Grand Pre to see the Acadians and Mi'kmaw gathering. It was advertised a great deal on tv over the summer. We hit the road by 9 or so, but by 9:30, on the highway, the weather took a sudden turn. Rain coming down in torrents made us reconsider our decision.

We decided to do some other things.

I had some other business down there. I was going to buy a fax machine. Yes. A fax machine. I have a specific need to send faxes from time to time, a task associated with my work with Frank Magazine. I am not comfortable using the fax machine at my work for this purpose, and rather than burden my editor by asking him to send those faxes on my behalf, I thought maybe I could purchase an inexpensive fax machine of my own and use it for this periodic purpose.

(Yes. I know I can use a fax server. But the fax servers I have investigated usually charge a certain amount each month for using them. Maybe they let you send a couple free ones before you have to sign up. The thing is, even the cheapest plan is more than I want to pay, since I will send maybe 10 faxes per year. Cheaper to buy a fax machine and go semi old school)

There were two fax machines I was considering purchasing. One of them was in Hantsport. Because of the rain, it took us longer to get there than I would have liked, but we finally arrived around 10:55am. The lady showed me how to use it, gave me a sheet of paper that summarized the functions a fella would be likely to use. It is a plain paper fax, but received faxes print off on thermal paper, which sucks, but I have no intention of receiving faxes on it. Well worth five dollars.

We went up the road to Windsor and ended up in a bookstore called Reader's Haven. I had heard about that store for a while, but had never been. We walked around there a bit and Patricia got a couple of books. We will return, now that we know where it is.

While there, I got a call from another woman. The fax machine she and her hubby were selling was still available. I decided to go check it out. We drove to New Minas to the main Tim Horton's, across from the Super store. The woman was there waiting for us. I looked at that fax machine, which was bigger than the previous one. Ten dollars. I bought that one, too. Total expenditure: 15 dollars.

We decided to go yet further up the Valley, to Middleton. By 3:30 or so we were there. I wanted to go to Blue Griffin Books as I had never been there. I had purchased some mystery magazines from its owner, Jonathan, but had never met the guy and had never seen the store.

Only John Doull's store in Dartmouth has more books. And Jonathan has a basement where even more stuff in it, so maybe he has more books that John does.

I asked to see those mystery magazines again. I saw some I had not noticed in the list he had sent me in June, so I grabbed them. He had a lot of back issues of the Magazine of Fantasy and Science Fiction (everyone calls it "F&SF"). I picked out the ones that did not look familiar to me and put those aside for purchase. Two days later, I still don't know if I got some back issues that I already had. Give me time, will you?

After all was said and done, and Jonathan had counted what i wanted to purchase, I had selected 97 magazines. Because I was getting so many, he knocked down the per issue cost to 35 cents, from 50. When I added in the two books Patricia wanted to get, the total cost was $45. A great deal for me. And a decent sale for Jonathan.

Turns out that he owns the building that the store is in. He lives upstairs in a three bedroom apartment. He has an office up there where he runs the publishing part of his business, which is about reprinting public domain Nova Scotia-based history books. He prints off a few copies of a book at a time to keep costs down.

We left shortly after 4. We were starving, not having eaten since breakfast. We hopped back on the 101 and drove for 30 minutes to Soonhan's Sushi in New Minas. We had several sushi rolls, stuffing our faces past the point of comfort. Damn, I love the food there.

We went to the house for a few minutes, to check the place out. Then drove to Wolfville to get some reduced items at the grocery store there. We always get some good deals on meat there. Saturday was no exception.

By the time we got home, we were exhausted. We turned in early.

Sunday morning we got up around 8am. We dithered for a bit and then decided we would return to the Valley, and make a bigger effort to go to Grand Pre.

We arrived there around 11:30. We were directed to a dirt road where there was still some parking. We made our way to the main entrance at Grand Pre.

We had not been there in years and years, since before it was declared a Unesco World Heritage Site. They spent some money on the place. They were running a 20 minute film about the 1755 expulsion of the Acadians, so we decided to watch it.

I studied the Expulsion back in elementary school and then again in junior high school. I always walked away from those accounts thinking that the English were so-and-so's to expect the Acadians, who were French-speaking, to swear allegiance to the British, back when France and England were at war. The English could not leave well enough alone and drove these peace-loving people off their land, where they had lived for 150 years. Then, they destroyed every house, every church, every farm building they could find. Then, they invited fellow Brits to move on to that vacated land, where they became known as Planters. Some of those families still live on that land, many generations later. The Acadians were eventually allowed to return to Nova Scotia, where they settled along what we now call the French shore. And to this day, it is a provocative act to ask an Acadian to sing God Save the Queen, and rightly so.

We wandered around Grand Pre for the next several hours. I got a few snaps. Here are some of them. 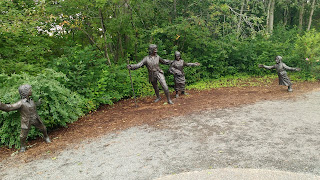 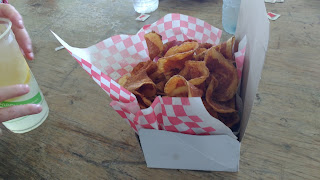 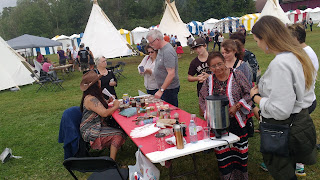 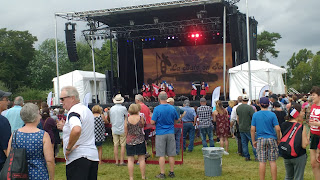 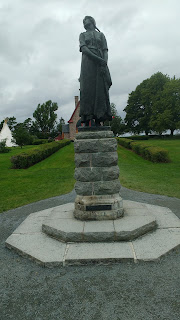 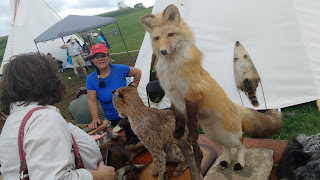 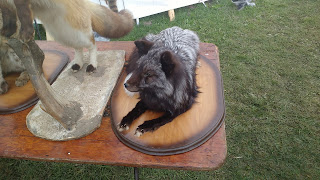 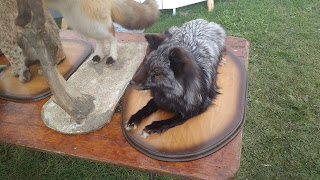 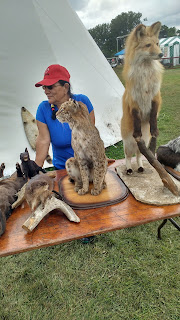 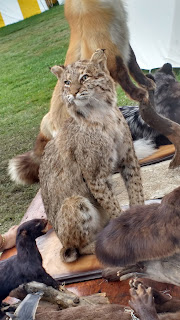 The highlight for both of us was the Mi'kmaw man who spoke about the many berries and plants that can ward off illnesses. We had to use the Mi'kmaw terms. I made the mistake of calling something snapdragon, and he affixed me with a baleful glare and half-jokingly threatened to kick me off the walking tour. I shut up after that. It was pretty interesting learning what these plants are for. Even things like blueberries can be mashed together and baked into something that has a ton of nutrients and which can feed folks in the winter.

By 4pm, it was all over, and we returned to the city. We cooked burgers and steak for dinner, stuff purchased Saturday night in Wolfville. By Sunday night we were so tired we turned in early.

So, there you have it. A crazy busy, but crazy fun, weekend. I wish they could all be that way.

Is it the weekend yet?