Sunday night. Back to work in the morning.

Another vacation is behind me. Once again, I do not know where the time has gone. It was just the other day when it started. Now, it's over, and it is back to reality tomorrow.

Had some fun this weekend. Went to the Giant Book Sale, presented by Women For Music, a fund-raising arm of Symphony Nova Scotia. They have been doing these book sales for something like 55 years now. I had gone to one or two of them when they were at the Halifax Shopping Centre, but in recent years they have been in Maritime Hall at the Halifax Forum, a nice space, but they have to pay rent for the room.

I got the following books. Details and commentary to follow: 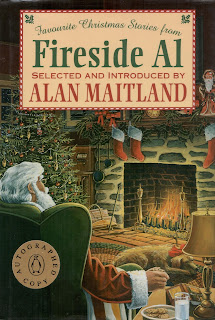 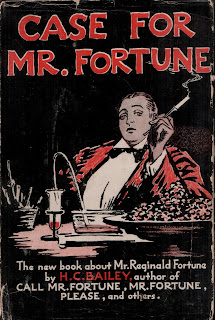 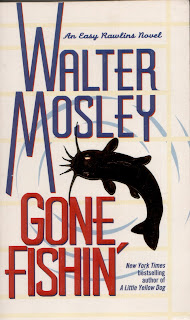 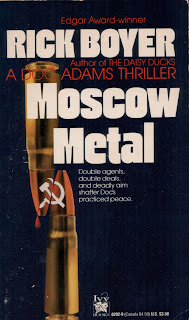 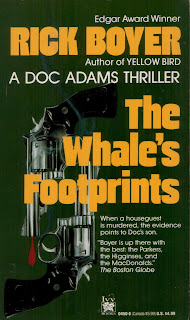 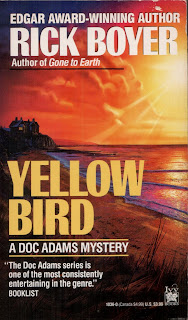 Okay. It occurs to me that many of you, maybe even most of you, don't know who "Fireside Al" was. I grew up listening to "As it Happens" on CBC radio. Started listening to that excellent program in the early part of 1975. The host was Barbara Frum, with the story intro's by Alan Maitland.

My god, I loved that show. Every week night, Barbara and Alan would interview people from all walks of life, all through the magic of the telephone. When she left the show around 1982 to become the host of CBC television's The Journal, much of the magic was gone from AiH, at least for me.

Barbara had at least two children. Linda used to write those smarmy books about the coolest Canadian universities to attend, which often got her in trouble for her superficial overviews of those universities. I remember a particularly snotty story about Linda when she visited Acadia University that was reported in the university's newspaper, The Athenaeum.

And her son David Frum is a well-known political commentator who wrote speeches for George W. Bush, before writing one of the first books about that administration. He is on tv all the time.

Anyway, Alan Matiland was the other half of the AiH team back when I was initially listening to it. I loved his voice, which is just as well, due to his 1950's era rock and roll roots.

Later in his career, around the holidays, he would read Christmas stories. Other times of the year, as the feature became more popular, he would read stories, as only he could, about that time of the year. I can never forget his reading of O. Henry's "The Gift of the Magi".

Years and years later, long after his 1997 death, maybe even up to the present day, around the holidays, the CBC dusts off one or two of Alan Maitland's story readings and replays them for the AiH audience.

As the feature became more popular, Alan started referring to himself as "Fireside Al" around the holidays for the presentations of these stories. I think, for the summer stories, he was "Porchside Al". I think I have that book.

Anyway, I got the "Fireside Al" book yesterday. And as you can see from the cover, it is authographed by Mr. Maitland himself. Set me back three dollars. I will never part with it. I have a "cell" in one of my bookcases devoted to Christmas books. It will be up there soon.

The Rick Boyer "Doc Adams" books go back to the 1980's. I bought the first one, "Billingsgate Shoal", in the summer of 1986 after I read a positive review of it in Ellery Queen's Mystery Magazine. I probably bought it at Chisholm's Bookstore in downtown Kentville.

I will confess now that I was unaware of how many Doc Adams books there were, but he wrote them well into the 1990's. The three books I got yesterday, ranging in price from $1 to $2, I did not know existed. I just read "Shoal" all those years ago and recalled it fondly, but had never seen or heard tell of the other books in the series.  Now, I have three more of them.

Boyer also, as a 23 year old, wrote "The Giant Rat of Sumatra", one of those Sherlock Holmes stories that Doyle had Watson allude to in one of the canonical Sherlock Holmes short stories or novels. I got that book for Christmas in 1976 and loved it. Edge-of-my-seat stuff. I am pretty sure I still have that book, down in the Valley, where it has remained on a bookcase all these years. Ah, youth!

Walter Mosley is a writer I have tried to get into, without much success. His most popular character is "Easy Rawlins", the subject of "Devil in a Blue Dress", which became a Denzel Washington movie some years back.

They had a large section of books devoted to the mystery genre, which is a very, very, very big tent. I try to be informed about detective/crime fiction at the very least, and take pride in being able to be familiar with many of the luminaries in that under-appreciated field. So imagine my surprise when I saw the vintage (copyright 1932) "Case for Mr. Fortune". Two dollars. Never heard of "H.C. Bailey" or "Mr. Reginald Fortune" before.  Here. Read about him on wikipedia if you want.

Reading about him this evening, he appears to be a largely-forgotten writer who was very popular in his day, and whose stories take a darker turn that may appeal to me. I think I lucked out.

Anyway, we took our leave of the book sale around 4:45 and proceeded downtown for the annual Nocturne event. We decided to have dinner first. After wandering around Spring Garden Road for a while, we went up Queen Street and checked out the menu at the sushi place there. It is called "Minato Sushi". It has been there for 15 years, winning best restaurant in urbanspoon in 2014. And it was transcendent. Here is the website.

We had the "Tokyo Dinner for Two", 20 pieces of sushi, two salads and two bowls of miso soup.

It is obvious that this is an old house. It had great bones. We ate downstairs, but the upstairs is open as well. There is a little area upstairs that can accommodate parties of up to 12 or so.

People at the next table had been there many times. I think that we will go back there, soon, and eventually beat their record.

After dinner, we had coffee at the Starbucks on Spring Garden Road. By the time we were done, it was dark enough to see some Nocturne art projects.

And the disappointment began.

We looked at the map and the write ups from The Coast, whilst at Starbucks. We started walking down toward Barrington Street. The throngs from previous years were not present. There were a lot of people out, but not as many as we had been expecting. We did manage to crush some bubble wrap as part of some performance art. We  observed a Halifax Dance exhibit while both of us lamented growing up in rural Nova Scotia, where there was no such thing at the time. The Halifax Circus fire show was impossible to see, so we went next door to St. Matthew's Church to see the circus aerialists. That was fun. We proceeded North on Barrington and saw very little, actually. The odd little performance here and there.

Made our way back up to Spring Garden Road to the Public Gardens, which is never open at night, but was last evening. Saw some arty things. We were getting tired at this point, and ever more disappointed, so we made our way home.

Today we lazed about, but did laundry and washed dishes. I made dinner. I am freshly showered and shaven.

And first thing in the morning, before we go to work, we have to take the car for its semi annual oil change. Good times. Good times.

I think I will turn in.