I am sorry I haven't written the last couple of days. I was busy on Friday. We had a major storm Thursday night, which ultimately resulted in losing our power for nine hours. A piece of siding came off the house, too. I found it in the backyard Friday morning and tucked it under the shed. I have been working with local contractors to see if one would be willing to re-attach it. One guy told me he had been here to the house when we were away. Swore up and down he had been at this civic address, but claimed he could not see the area where the siding had torn away. I made him tell me the address I had supplied, and he said that was the one.

Friday morning he said he would be here around 11:30. I called him a few hours later, and he told me what I just told you. He also informed me he was way out in Enfield, so I thanked him for his concern but that we would find someone else. The someone else had taken the time to write me Thursday night. I called this other guy Friday and he was here and saw where the siding was gone and where I had tucked it. He says it is too cold and windy to do the work, and I guess I can live with that for another day or two.

In other news, the front light that stopped working during the Summer is working again. I have no explanation other than I informed the man who own the property next door. He is an electrician and I had asked him to have a look at it. I don't know if he did or not, but the light is working again. Either he fixed it, or the crazy winds the last few days did.

Saturday morning, we got up early and put on some nice clothes and went to Hong Tang's funeral at the Halifax Chinese Christian Church. It was lovely. It was bilingual, too. A very respectful funeral for a lovely man whom I will never forget.

Hong's thesis advisor spoke yesterday. She explained how she had met Hong when he wrote to ask if she would oversee his thesis in chemical engineering or whatever it was. She was concerned about his English, but as you know he joined Toastmasters. She went on to say that people to this day still cite Hong's thesis in their own research. He went on to develop a phosphate-free detergent that she could purchase at the local Sobeys. I think you can still buy it.

His boss at Royal LePage also spoke. Hong was too modest to speak of his success as a real estate agent, so she told us that he had sold 184 properties worth upwards of $70 000 000 during his relatively short career. He consistently appeared in the top 20 sales for the company. After April of 2017, when he wanted to concentrate on his health, he asked that his name no longer be submitted for the monthly sales designation, but he likely sold enough properties until he got too sick to work to make that list. His profile is still up on the website. You should read it before they remove it.

Another part of the service was when three people in the audience stood up and said some words about Hong. The last one was from a young Chinese woman who had been picked up at the airport by Hong. He continued to look in on her and her boyfriend after they moved here. 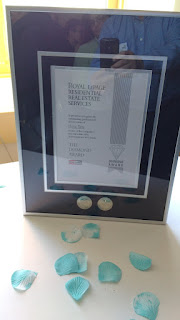 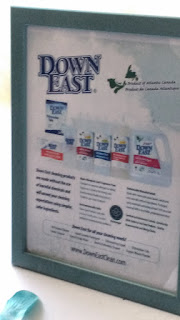 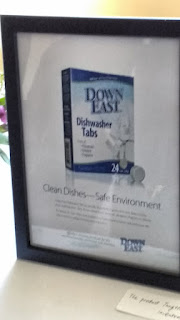 After it was over, we milled out and looked at the dozens of pictures of Hong and his family and wondered how one guy could squeeze so much incident into such a short life. We went downstairs for a few refreshments, served with an efficiency that floored me. We talked with a guy from my work who sang in the choir. I will ask him to sing at our next staff meeting.

We were not ready to go home yet. We walked up the street to Schooner Used Books on Inglis, before returning to the car, parked on Victoria Road. Started returning home. Costco was too busy, so we went back on the Bay Road and checked out the bakery on the Bay Road. Had chili and corn chowder, and got some cinnamon rolls and tea biscuits before we finally went home. Spent the rest of the day watching season one of The Marvelous Mrs. Maisel, which we loved.

Today, I took down the outdoor Christmas lights, and threw the boughs on the lawn on the area Patricia wants to plant flowers on. Went back inside and watched some more stuff on Netflix and the PVR.

Man, I feel like a lazy bum, compared to Hong Tang. Shame on me for laying around the house so much.

Tomorrow is another work day. These damn weekends go by too fast for my liking.