My friends are thorough.

I really wish I had got some before and after pics of the recroom and the laundry room. The after pics are... well, here they are: 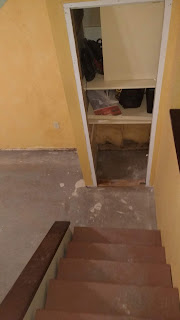 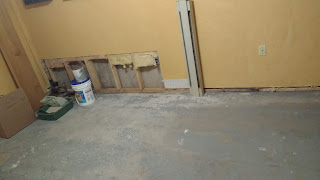 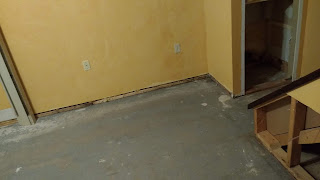 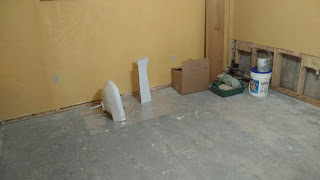 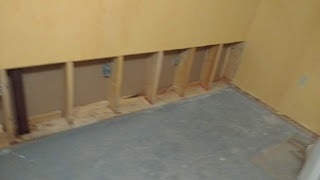 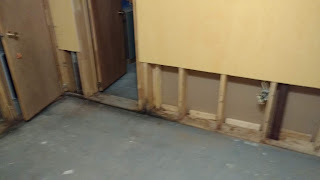 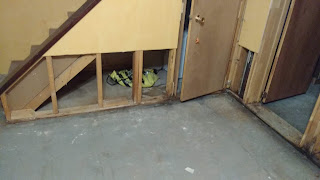 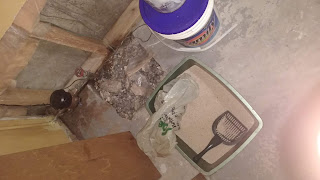 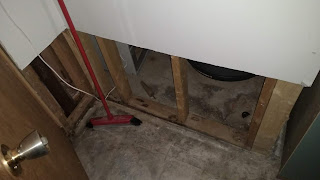 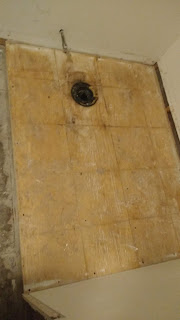 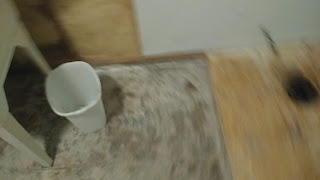 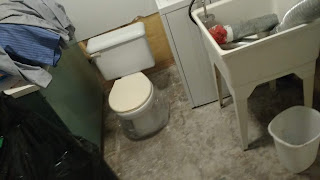 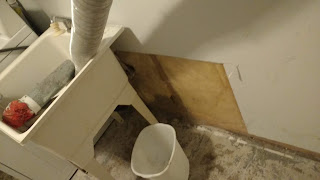 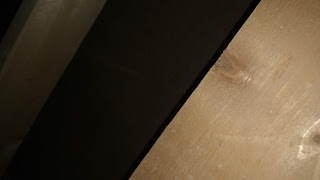 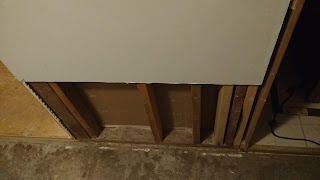 Yeah, me again. They completely ripped up the flooring. The berber. The underlay. The subfloor. Everything. Then they removed more than a few pieces of the wall in an effort to isolate the mould that must have been created as a result of the water issues. And we are now down to one toilet.

To put everything back, I don't know what they will do. The wall that helped me decide to buy this place in 2000 is now partially gone. I have no idea how to recreate that effect, or if they will even do that for me. I am told that they will put the flooring back, but Patricia and I will have to select some tiling or more berber or jute or some darned thing or other. After we do that, and the flooring company delivers the stuff, they will restore the flooring.

And the pieces of the wall that were ripped out... like I said, they will restore that, but likely not the same effect that was there before. The stucco-type wall that the previous owner likely spent frig knows how long perfecting.

I am kind of speechless, actually.

I haven't heard if they will want to tear up this home office. I am thinking they will, which would be a massive job unto itself. If they do, I will have to resort to using a laptop for nearly all my computer work. The two desktops in this home office will have to go dormant for a time, including my plex media server. My beloved model m keyboard, which I am using now, would have to go into storage for a time. My heart is breaking at the very thought of it.

When we got home tonight, we discovered this mess. Newbie could not be found. I told the company several times to be careful that our cat didn't get out. It appeared as if he might have. But, no. He was in the middle bedroom hiding behind a mattress we had propped up recently. He appeared quite frightened. I don't blame him. All that stuff going on all day. One of his litter boxes being moved.

What happens tomorrow? I am not sure. I will let you know....