It is late. But not as late as it was when I wrote Tuesday's blog post. I was up until 2 this morning and I am feeling it now. Will turn in as soon as I press the "publish" button on the upper right hand corner of the screen.

We didn't do much today. I made dinner, consisting of haddock portions and rice and veg. We watched several hours of the tv, which makes me think that we need to get out a bit more. We promised each other that we would get out of the house on Thursday.

Say, you may have heard about the My Heritage "Deepfake" thing a couple of weeks ago, where you supply a photo and they animate it in a way that makes things look simultaneously fascinating and creepy.

I thought I would use the official Bevboy avatar, but it didn't work as it is at the end of the day, a cartoon image, so I used the basis for that caricature, which is here: 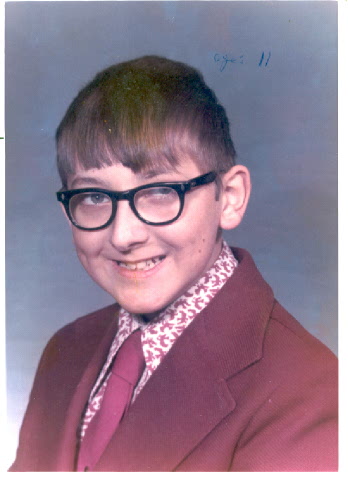 Then, I ran it through the app, and here you get me at 11, sort of moving around.

I did have that silly little sneer back then. It was my Elvis Presley phase. I hope you don't mind it too much.

I think I will turn in. You guys have a good day. I will bark at ya tomorrow.